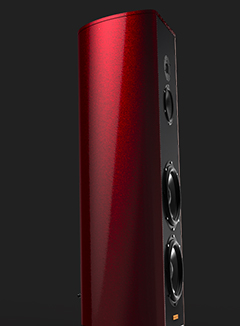 Magico has announced the S5 loudspeaker, the successor to their acclaimed V3 loudspeaker that was released about five years ago. The S5 uses an extruded-aluminum enclosure that is 16” in diameter and with walls that are ½” thick. Each S5 weighs about 190 pounds. The exterior is paintable and comes standard in a black anodized finish, but optional high-gloss and satin finishes in a variety of colors are also available. The S5 is the first Magico speaker with a removable grille.