I measured the Monoprice Monolith AMT headphones using laboratory-grade equipment: a GRAS Model 43AG ear/cheek simulator/RA0402 ear simulator with KB5000/KB5001 simulated pinnae, and an Audiomatica Clio 12 QC audio analyzer. For isolation measurements, I used a laptop computer running TrueRTA software with an M-Audio MobilePre USB audio interface. For most measurements, the headphones were amplified using a Musical Fidelity V-CAN amplifier; I used a Schiit Magnius amplifier for distortion measurements. These are “flat” measurements; no diffuse-field or free-field compensation curve was employed. If you’d like to learn more about what our measurements mean, click here. 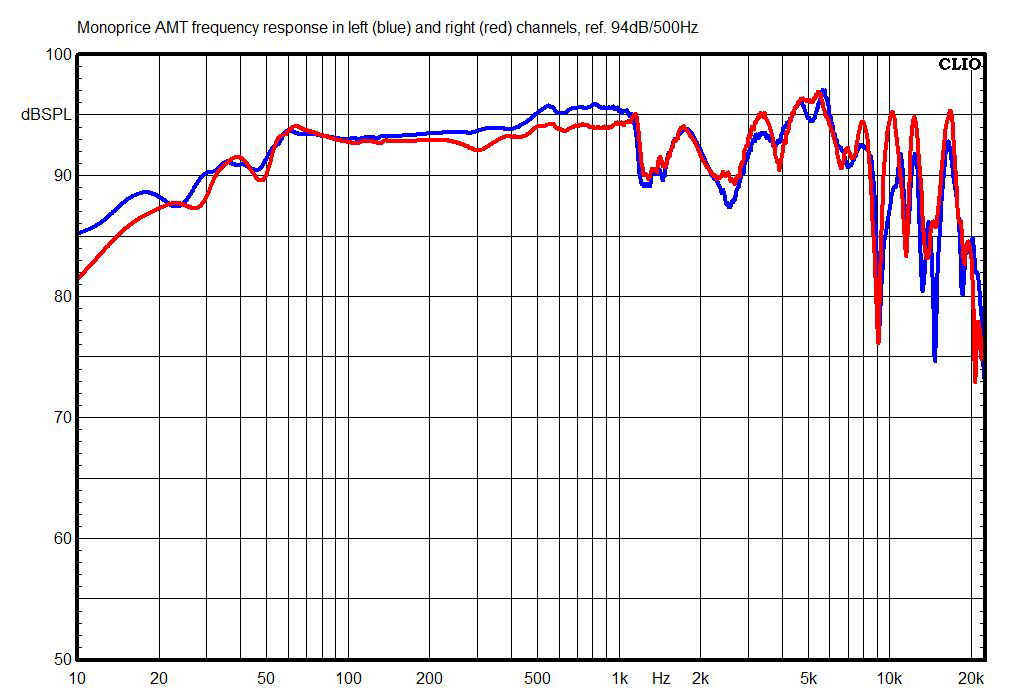 This chart shows the AMTs’ frequency response. It’s definitely idiosyncratic. Had you shown me this curve and not told me what kind of product it is, I’d have guessed it’s a single-driver speaker with a whizzer cone, rather than headphones, because it’s essentially flat up to about 1.2kHz, gets a little ragged in the mids, and gets very hashy in the treble. With open-back headphones, we’d typically see a similarly flat response to about 1kHz, then a large peak, roughly +10dB centered somewhere between 2 and 4kHz. It’s the lack of this peak that causes the de-emphasis of vocals I heard in the AMTs. 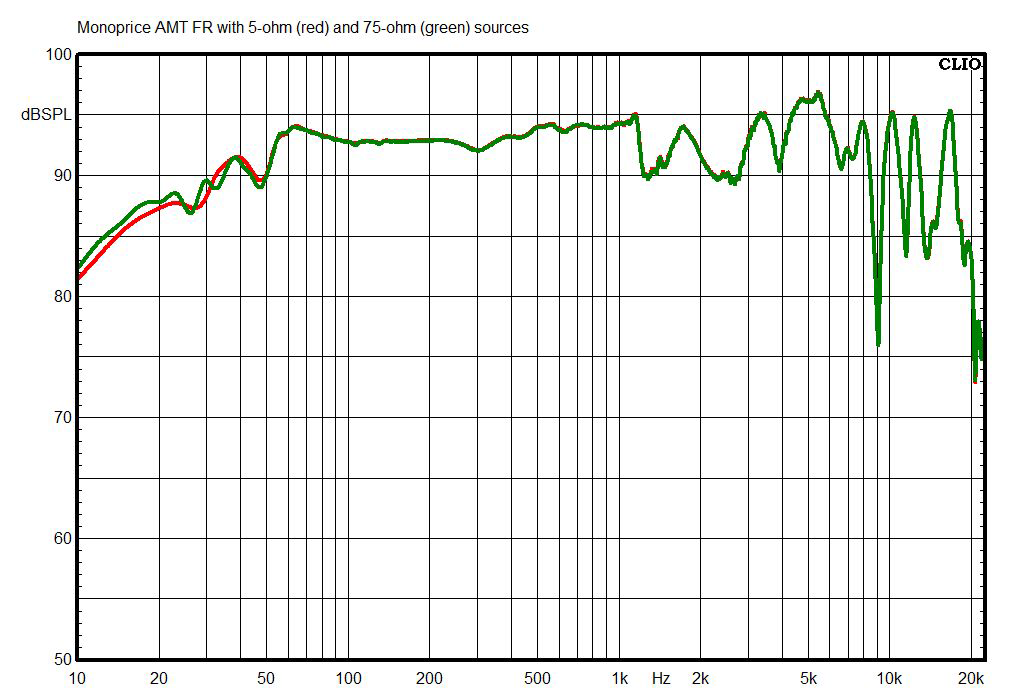 Here we can see the difference in the headphones’ response when a high-impedance (75 ohms) source is substituted for a typical low-impedance source (5 ohms). As is almost always the case with ribbon drivers, there’s no difference because the load is almost purely resistive. So other than needing a lot of power (which we’ll discuss below), the AMTs will sound consistent no matter what source device you choose. 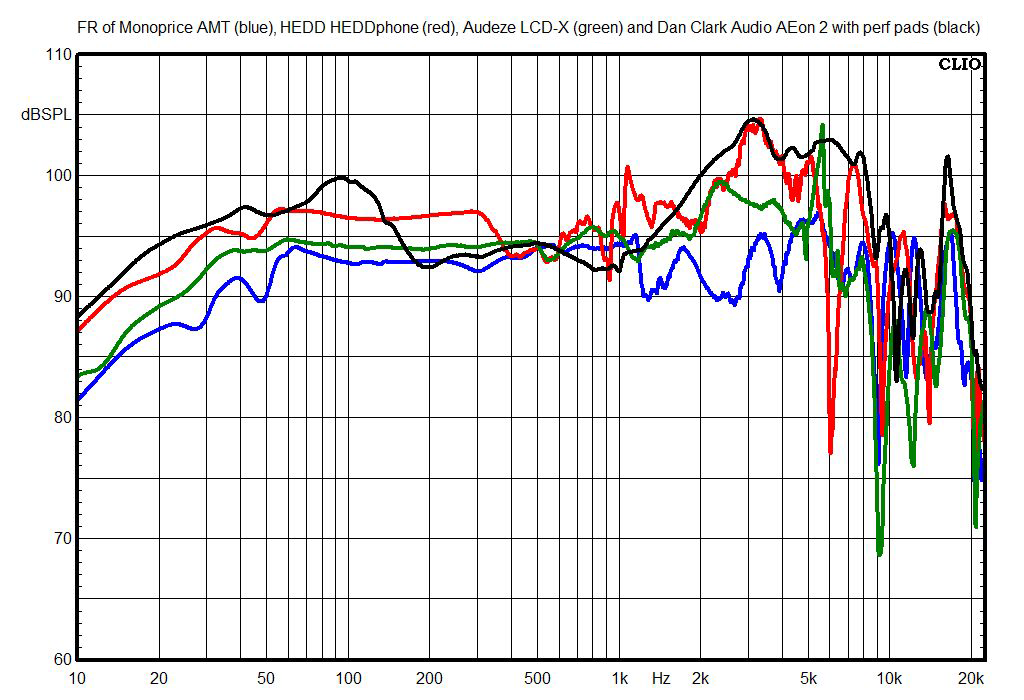 This chart shows the AMTs’ right-channel response compared with a couple of other open-back models (including the HEDD Audio HEDDphones, which also have AMT drivers) and the AKG K371 headphones, which are said to be very close to the Harman curve. It’s clear that the AMTs are far off the norm, with much less upper-mid and lower-treble energy—although they are fairly close to the Audeze LCD-X headphones, but the LCD-Xes are also somewhat idiosyncratic. 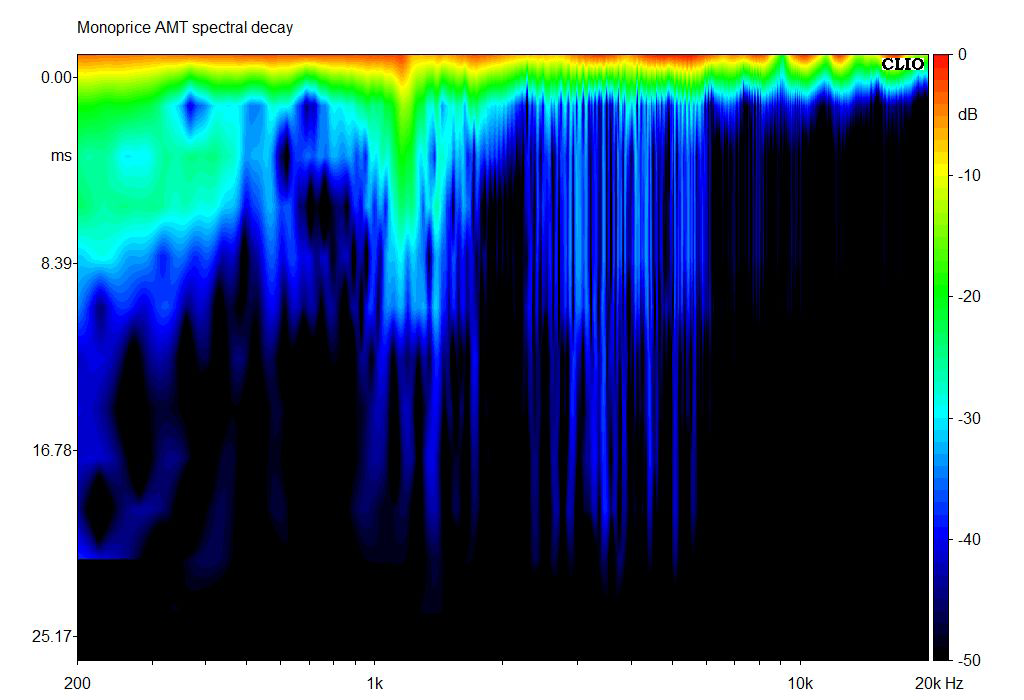 The AMTs’ right-channel spectral-decay plot looks messy. There’s a bit of upper-bass resonance, but an unusual and strong resonance peak at 1kHz. We also see the “hash” between 2 and 6kHz that’s typical of open-back headphones, especially planar-magnetics (which use a different type of ribbon driver)—and even some hash way down around 1kHz, where I can’t remember ever seeing it before. I associate this hash with spaciousness rather than a specific tonal coloration; perhaps the extra hash in the mids is what makes these headphones sound so spacious. 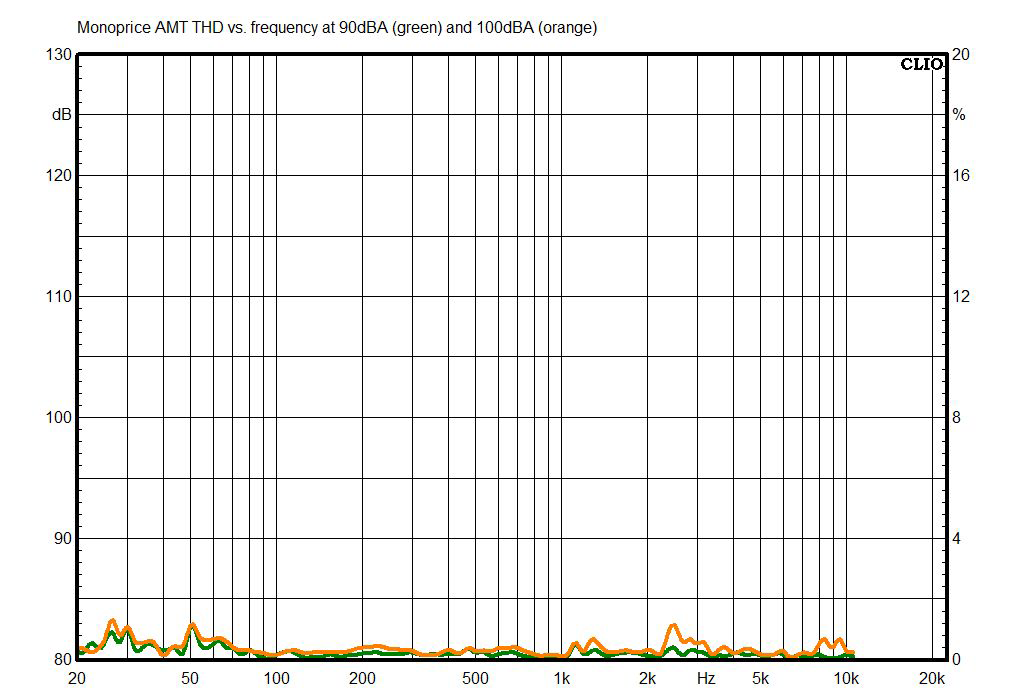 Here’s the THD vs. frequency chart, measured at 90dBA and 100dBA (both levels set with pink noise). There’s no audible distortion here—I’d guess that the few little bumps that you see in the curves are just external noise and vibration leaking through the driver. 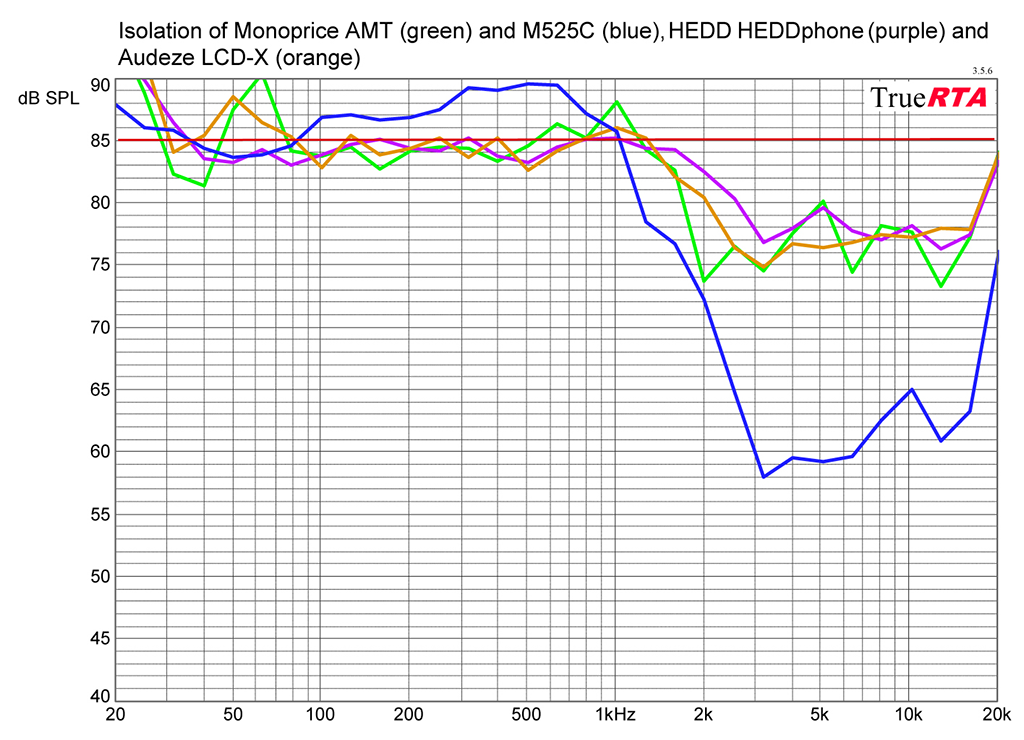 In this chart, the external noise level is 85dB SPL (the red trace), and numbers below that indicate the degree of attenuation of outside sounds. The lower the lines, the better the isolation. You can see that the AMTs’ isolation is typical for large, open-back headphones. I included the Monoprice Monolith M565C headphones so you can see how a closed-back design compares. 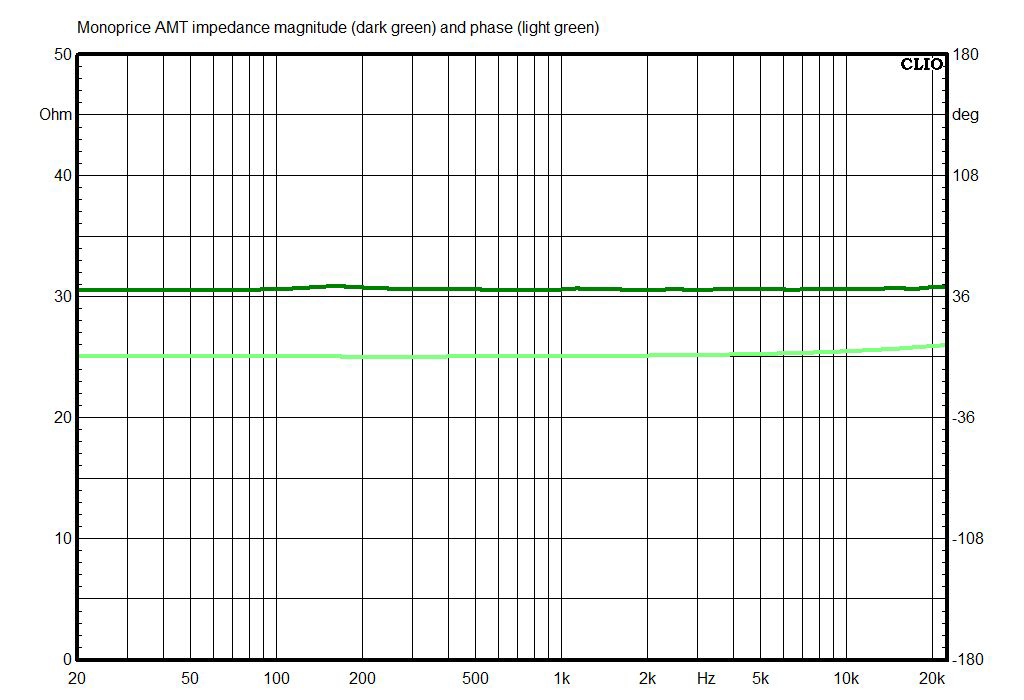 The impedance magnitude, rated at 32 ohms nominal, is as flat as I’ve ever seen, right on 30.5 ohms through the whole audioband. Electrical phase is similarly flat.

Sensitivity of the AMTs, calculated for 32 ohms impedance and averaged from 300Hz to 3kHz, is just 89.9dB—so you’d better have a pretty strong amp to drive these.

Bottom line: The frequency response and spectral-decay plots indicate that the AMTs are definitely going to have their own sonic vibe.