I measured the Bowers & Wilkins PX7 Carbon Edition headphones using laboratory-grade equipment: a GRAS Model 43AG ear/cheek simulator/RA0402 ear simulator with KB5000/KB5001 simulated pinnae, and an Audiomatica Clio 12 audio analyzer. For isolation measurements, I used a laptop computer running TrueRTA software with an M-Audio MobilePre USB audio interface. An Mpow BH259A Bluetooth transmitter was used to send signals from the Clio 12 to the headphones. For wired measurements, the headphones were amplified using a Musical Fidelity V-CAN amplifier. These are “flat” measurements; no diffuse-field or free-field compensation curve was employed. If you’d like to learn more about what our measurements mean, click here. 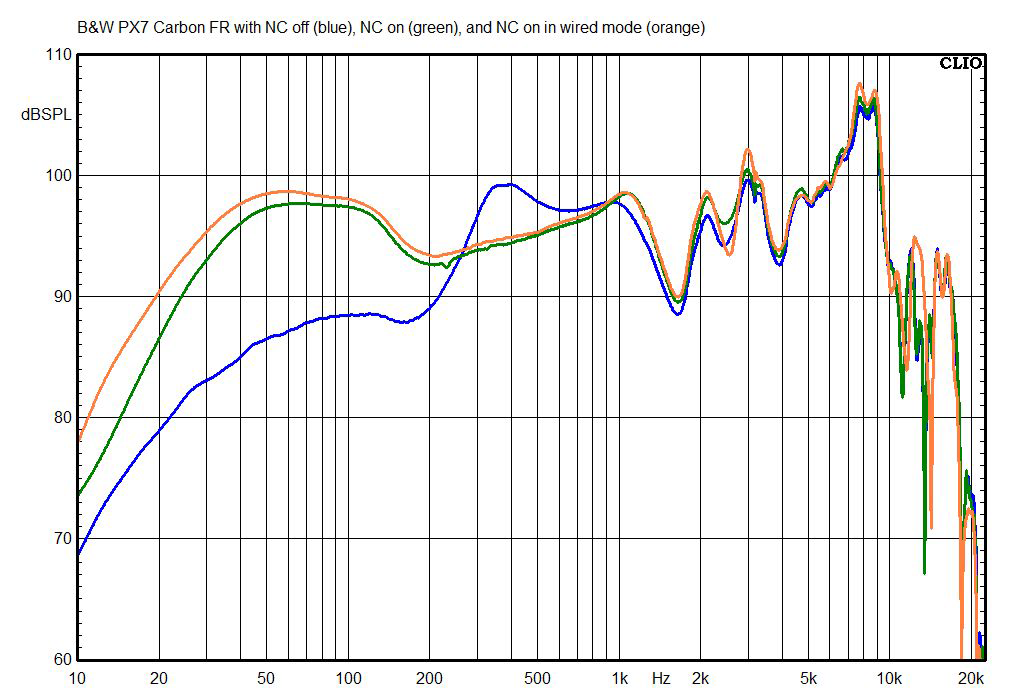 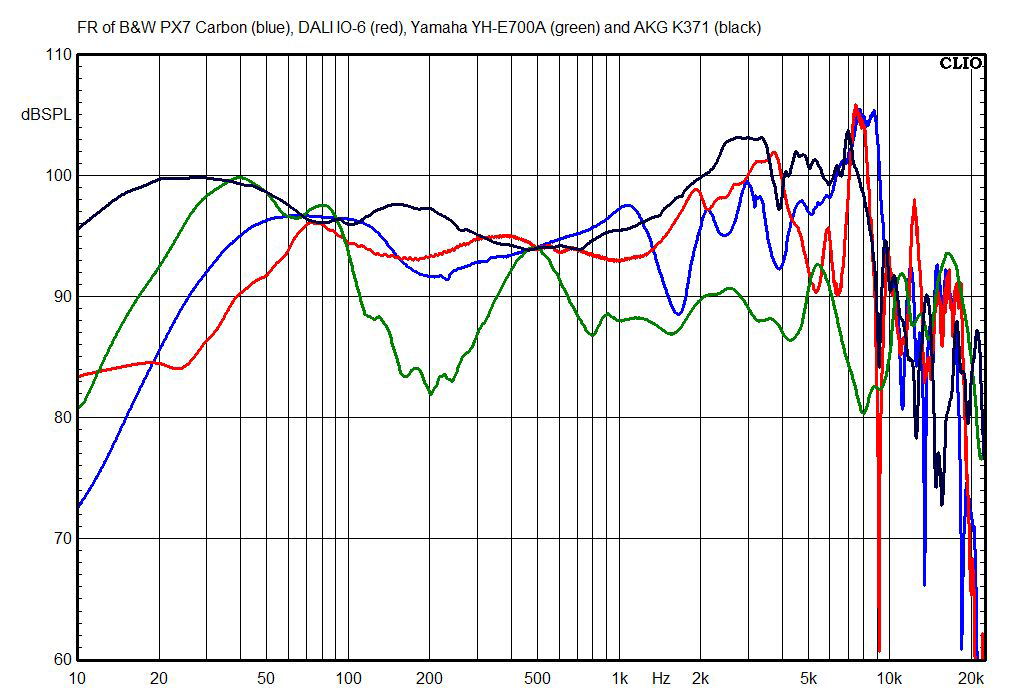 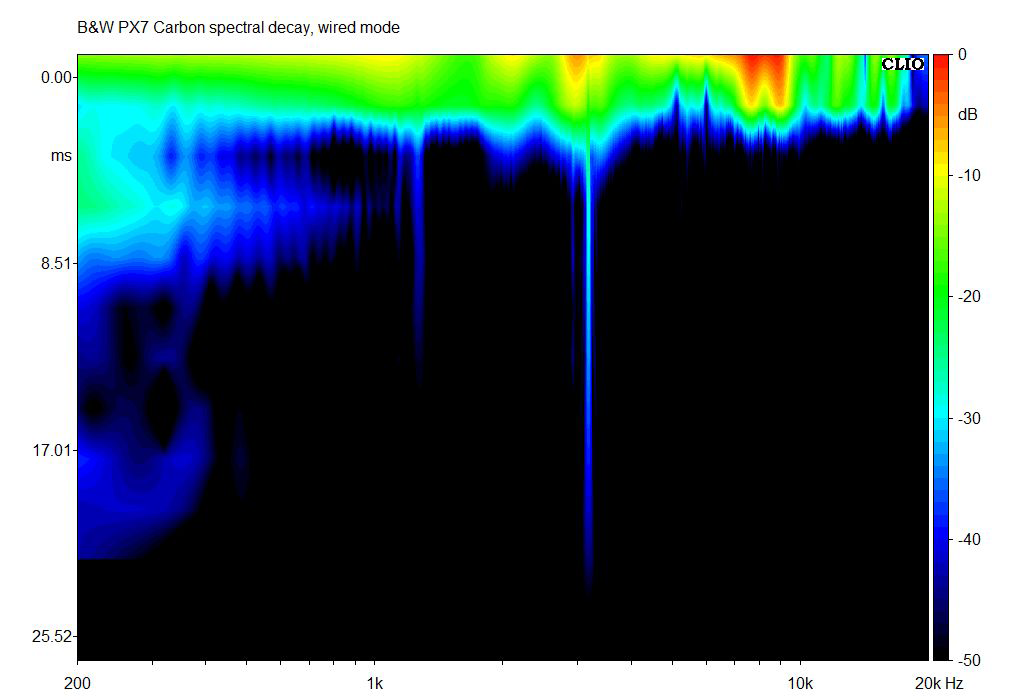 Any resonances the PX7 Carbon Editions might have are well-damped and not troublesome—except for that super-high-Q one at 3kHz, but it’s way too narrow to hear. 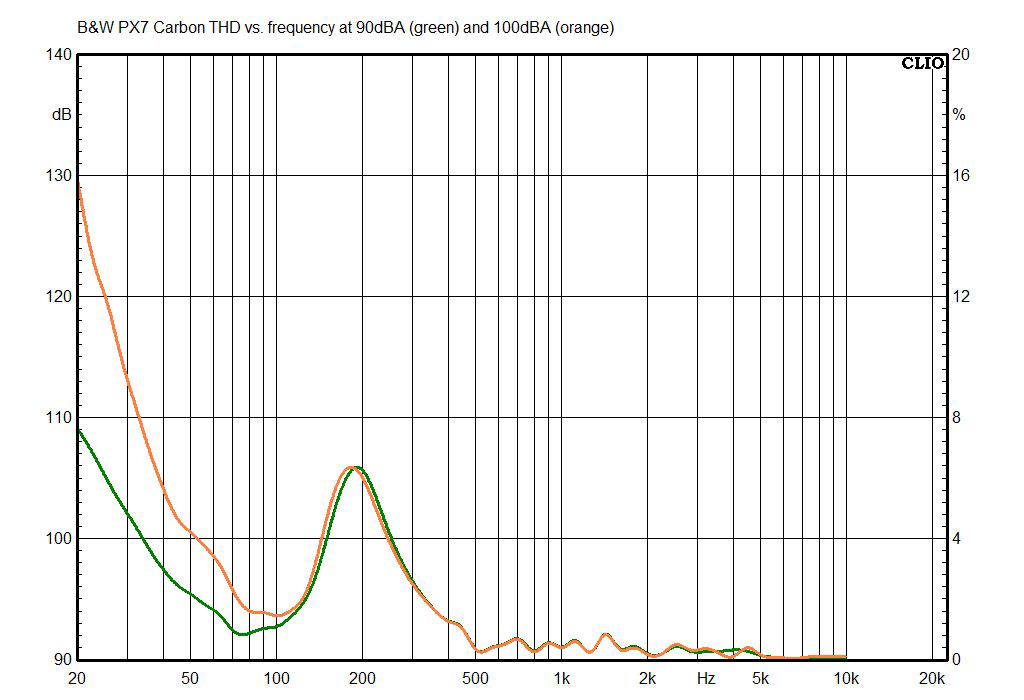 The total harmonic distortion (measured in wired mode with power on) of the PX7 Carbon Editions shows an unusual 6% peak at 200Hz, which would appear as harmonics at 400Hz, 600Hz, etc., so it might be audible if you’re playing the headphones very loud. There’s a relatively high amount of distortion in the bass, too, but audibility of distortion is much lower at bass frequencies because your ear isn’t very sensitive there, so I doubt you’d notice it. 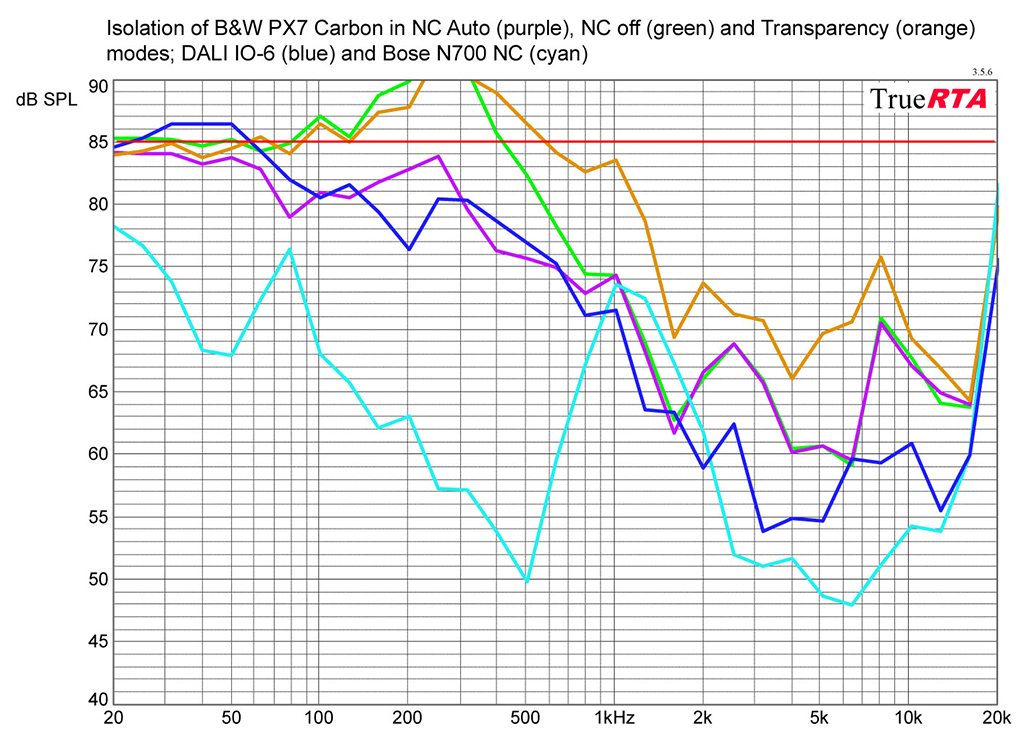 In this chart, the external noise level is 85dB SPL, and numbers below that indicate the degree of attenuation of outside sounds. The lower the lines, the better the isolation. The isolation of the PX7 Carbon Editions (shown here in Auto mode) is not impressive; it’s about the same as the DALI IO-6es achieve, and those weren’t impressive on this test, either. Maybe the Auto function would work better on an actual airplane? I’m not sure and it’ll be a while before I get on one of those again . . . 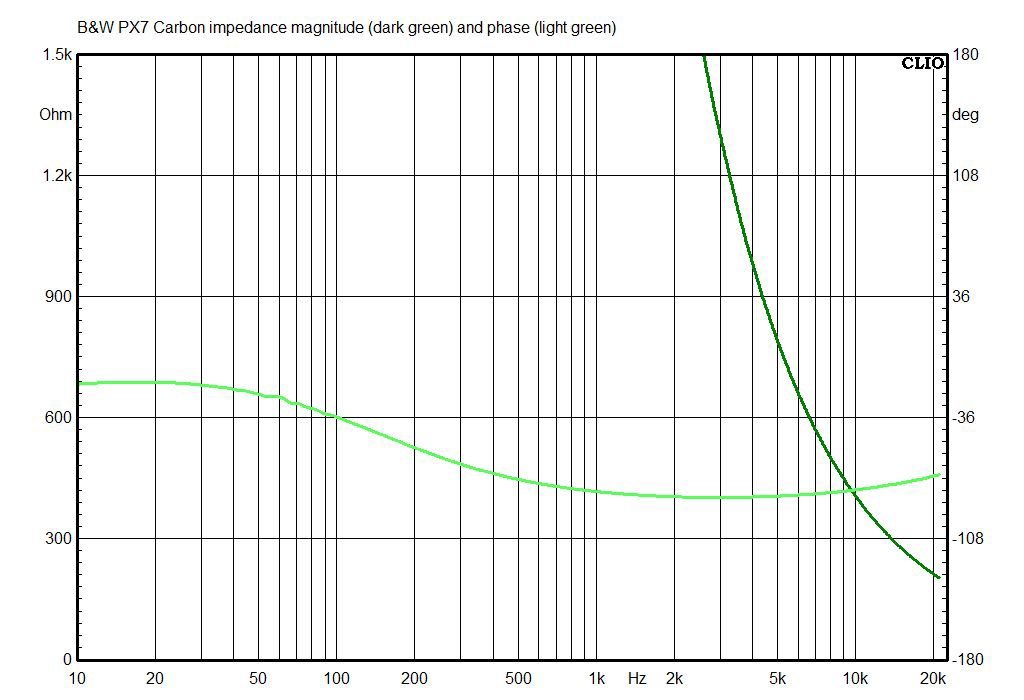 In wired mode, the PX7 Carbon Editions’ impedance magnitude runs mostly above 1500 ohms, which is the measurement limit of the Clio 12 analyzer. That’s to be expected of active headphones; as best I could tell, the power always switches on when the cable is plugged in, so there doesn’t seem to be a fully passive mode. I got 98.8dB average when I measured the sensitivity of the wired connection (calculating the drive voltage for the default 32 ohms impedance, which I usually do with active headphones). 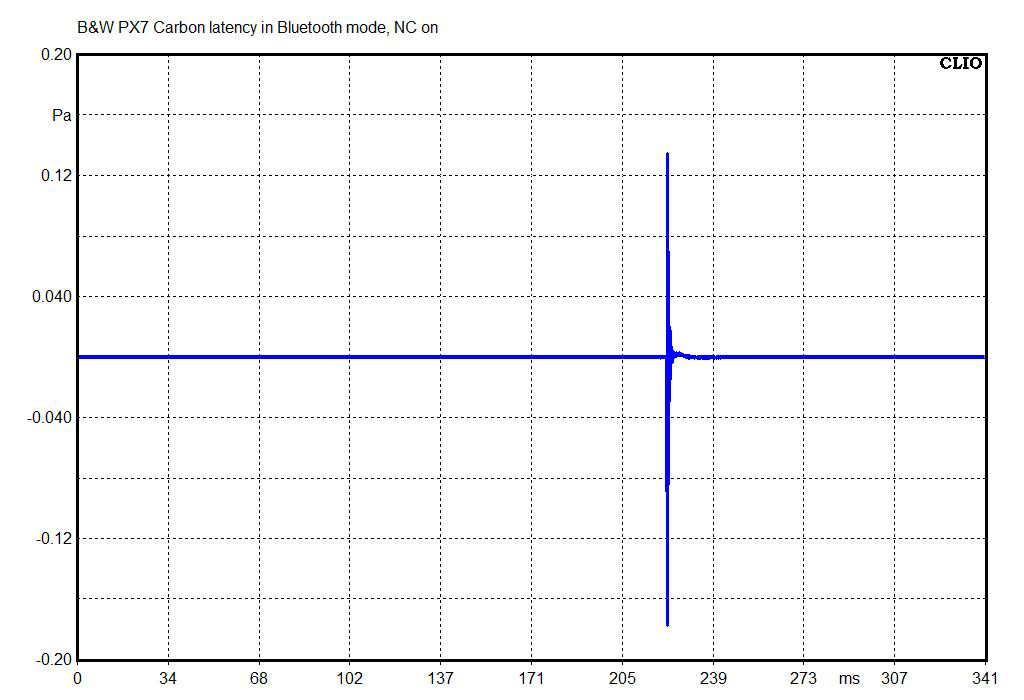 Bottom line: Bowers & Wilkins definitely went their own way with the PX7 Carbon Edition headphones. Their frequency-response curve is unusual (although not as weird as the Yamaha YH-E700A headphones I recently tested), and at least in my tests, the noise canceling didn’t seem impressive. But while they’re outside the norm, I’d guess the unusual aspects of the frequency response aren’t so extreme that they’d make these sound bad or weird.