I measured the Magnius using a Clio 10 FW audio analyzer. Note that my focus with these tests is on measurements that confirm these devices’ basic functionality. All measurements were made at the high gain setting. 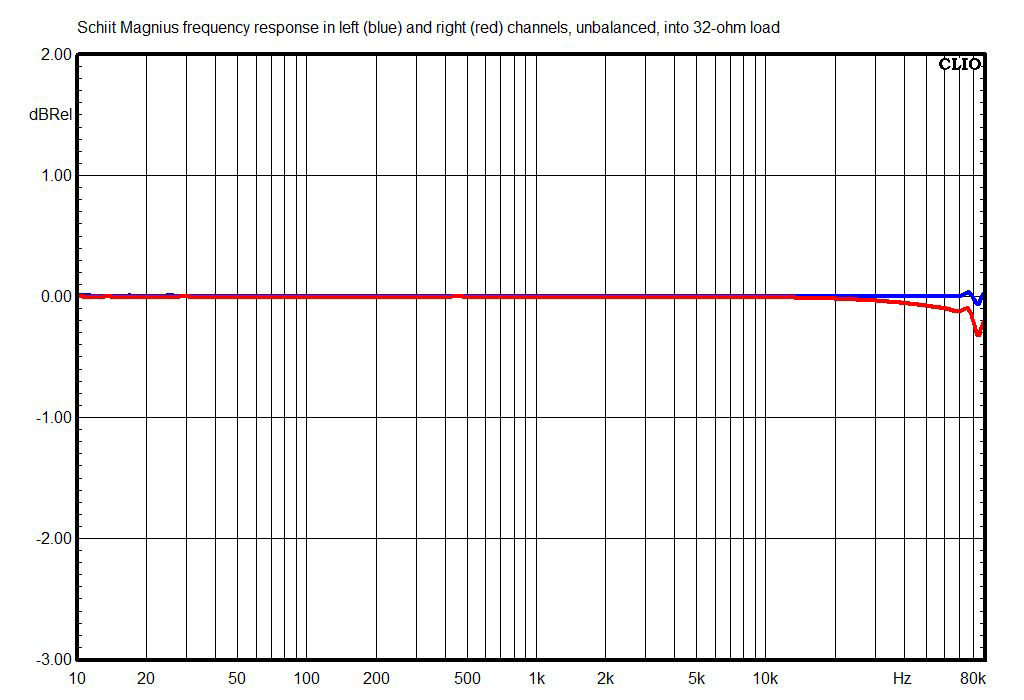 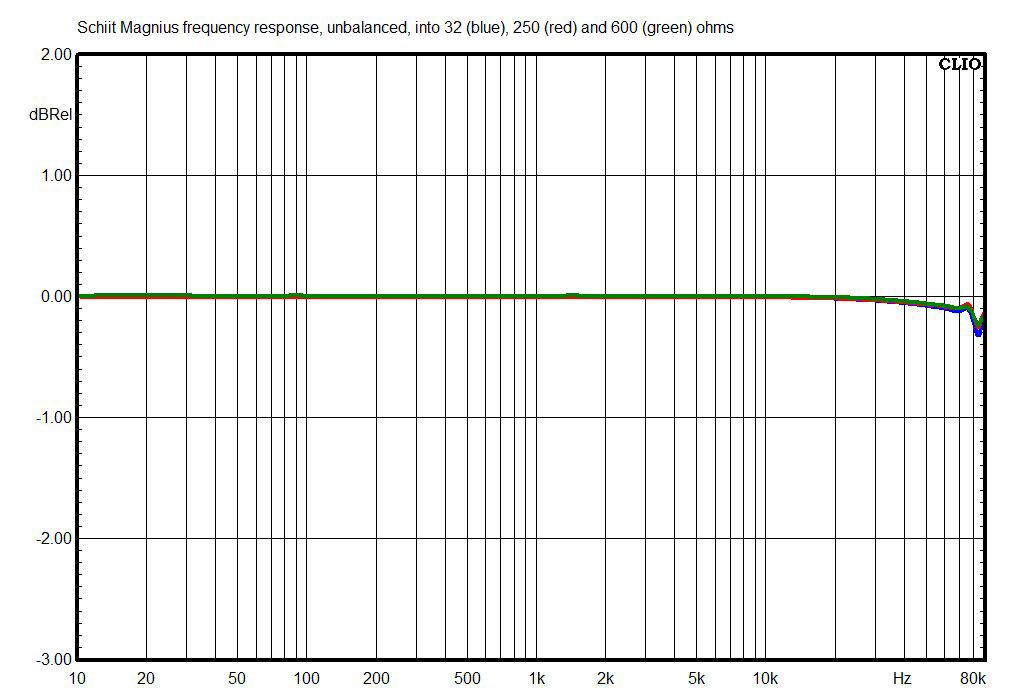 Here you can see how the frequency response from the unbalanced output differs with 32-, 250- and 600-ohm loads, all referenced to 1mW at 1kHz, right channel. The differences between the three loads were insignificant; this was also the case with the balanced output. 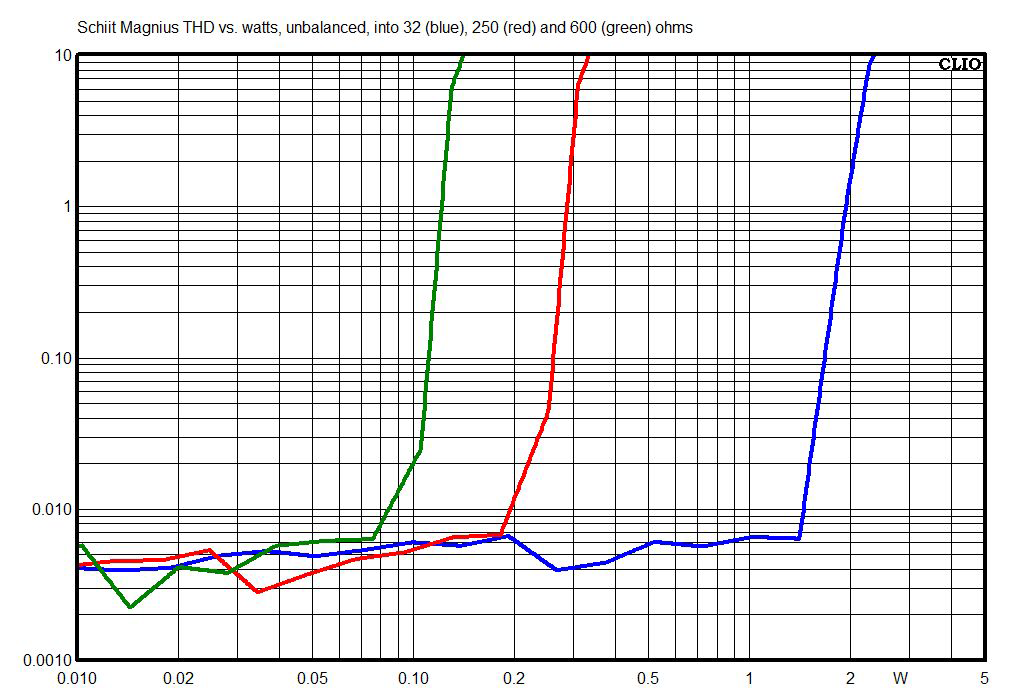 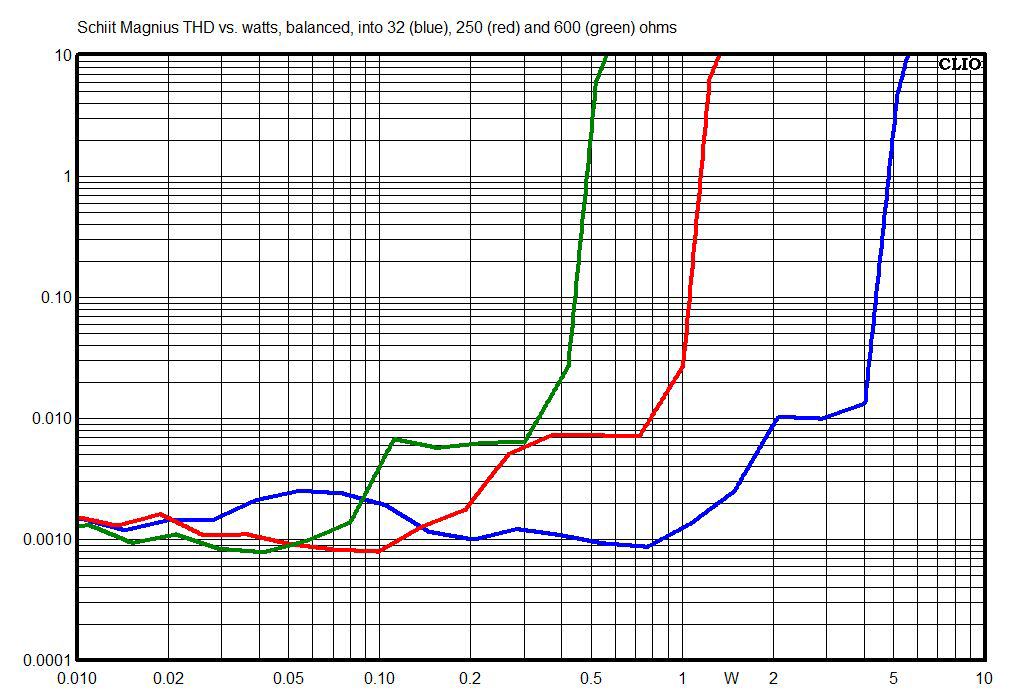 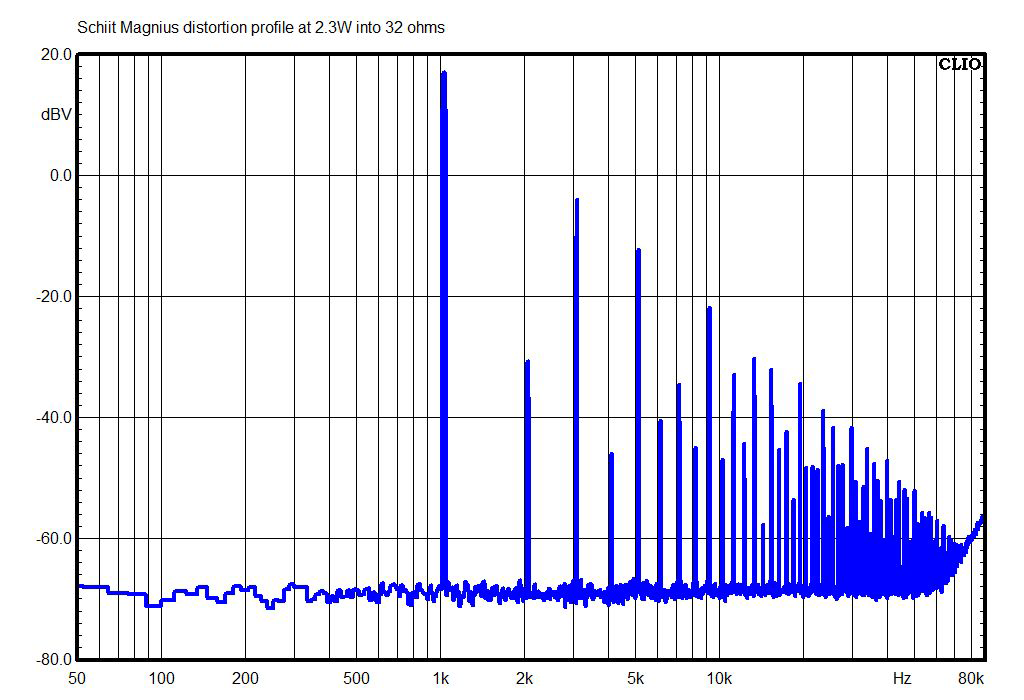 Here you can see the harmonic distortion spectrum and noise floor of the Magnius at 2.3W into 32 ohms, unbalanced. This is a typical result from a solid-state headphone amp. It’s primarily odd-order distortion, which is more sonically objectionable, but I had to push the amp 0.3W past its rated power to get it to distort to this degree, and it’s highly unlikely you’ll ever need to play it this loud, or that you’ll use a source device with a high-enough output voltage to push this amp into this much distortion.

Output impedance is rated at 0.1 ohms, frequency unspecified. At 1kHz, I measured 0.16 ohms from the unbalanced output, 0.11 ohms for the balanced output. Thus, the Magnius will have no audible effect on the frequency response of your headphones or earphones.