I measured the Schiit Audio Fulla 2 using a Clio 10 FW audio analyzer and a Neutrik NL-1 Minilyzer. I used the Fulla 2’s analog input for all these measurements, because I haven’t yet found a way to get digital test signals from the Clio 10 FW to USB DACs. Note that my focus with these tests is on measurements that confirm these devices’ basic functionality. 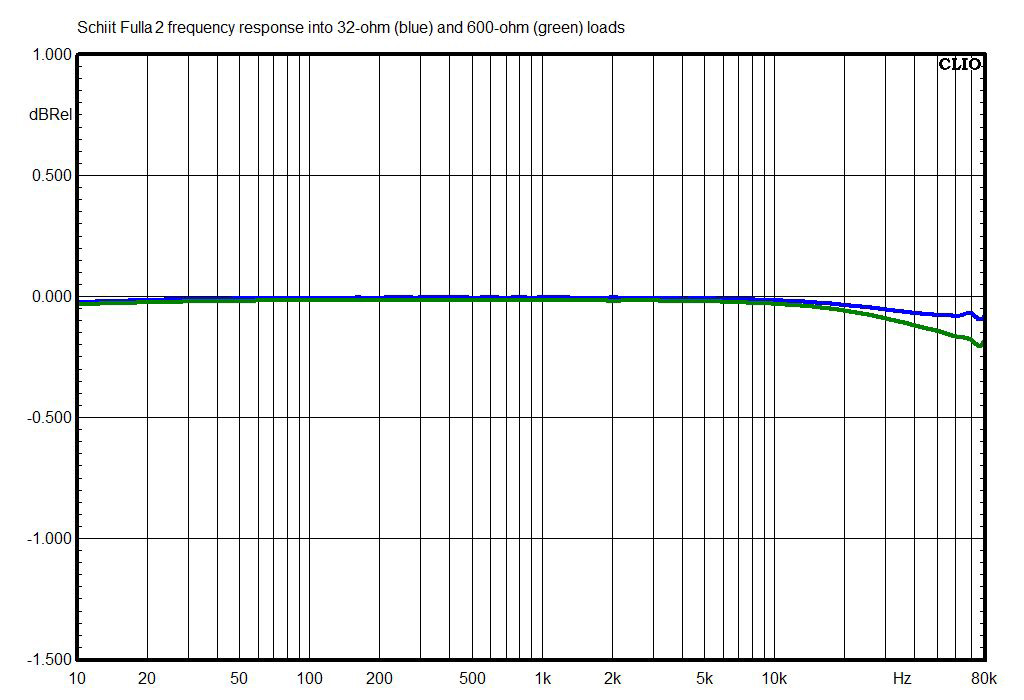 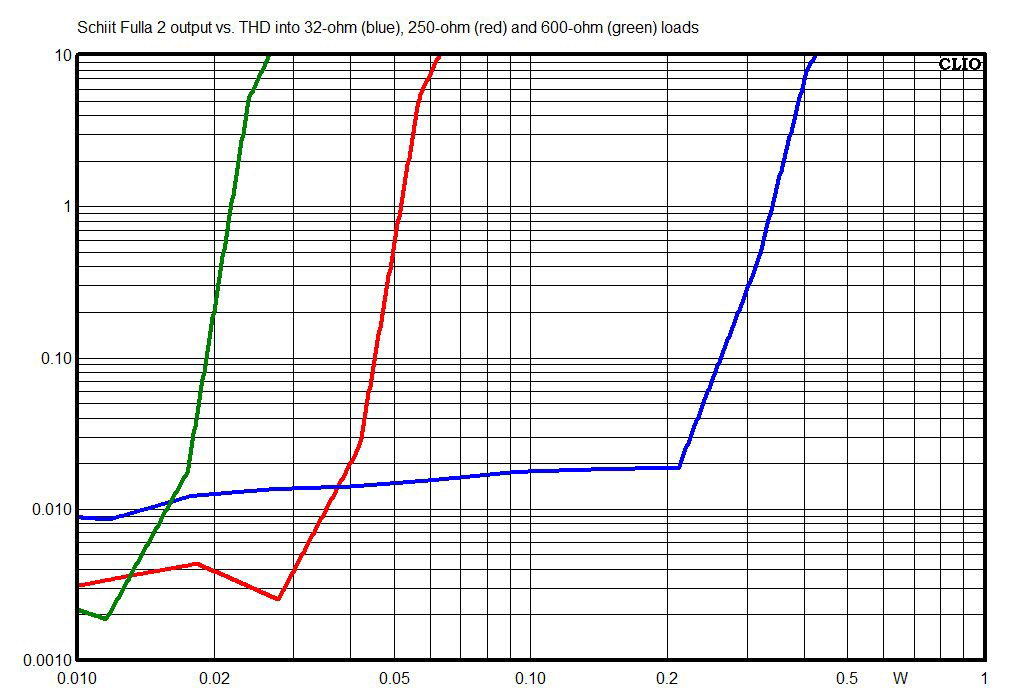 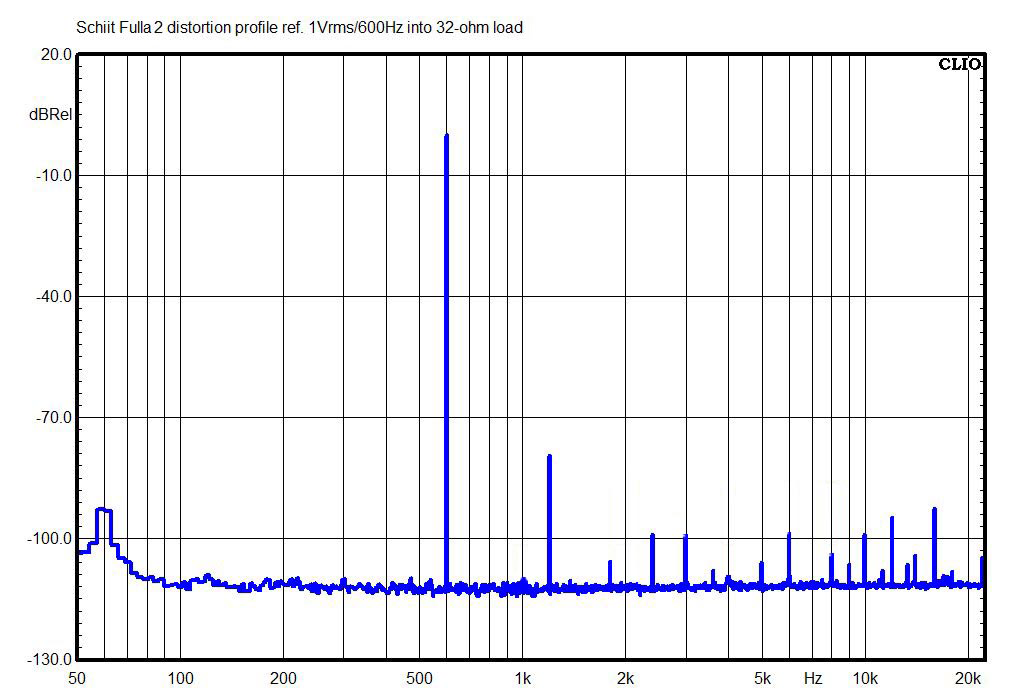 Here you can see the harmonic distortion spectrum and noise floor of the Fulla 2, referenced to 1V RMS output at 600Hz into 32 ohms. Distortion is very low, with the second harmonic slightly higher in level than the third; I’d say this would make the Fulla 2 sound “tubey” if the distortion at this output level and load were high enough for you to hear, but that second harmonic is at -79dB. You can also see that the noise floor of the amp is way down around -110dB.

I measured output impedance of the headphone jack at 3.2 ohms at 1kHz; Schiit rates it at 0.5 ohm. Note that this measurement, made with a potentiometer used as a voltage divider, is not super-accurate, and any output impedance in the low single digits is low enough not to react significantly with the reactance of the headphones, and thus won’t change their frequency response.