I measured the Ultimate Ones using a G.R.A.S. Model 43AG ear/cheek simulator/RA0402 ear simulator with KB5000/KB5001 simulated pinnae, a Clio 10 FW audio analyzer, a laptop computer running TrueRTA software with an M-Audio MobilePre USB audio interface, and a Musical Fidelity V-CAN amp, with an Audio-gd NFB-1AMP used for distortion measurements. These are “flat” measurements; no diffuse-field or free-field compensation curve was employed. 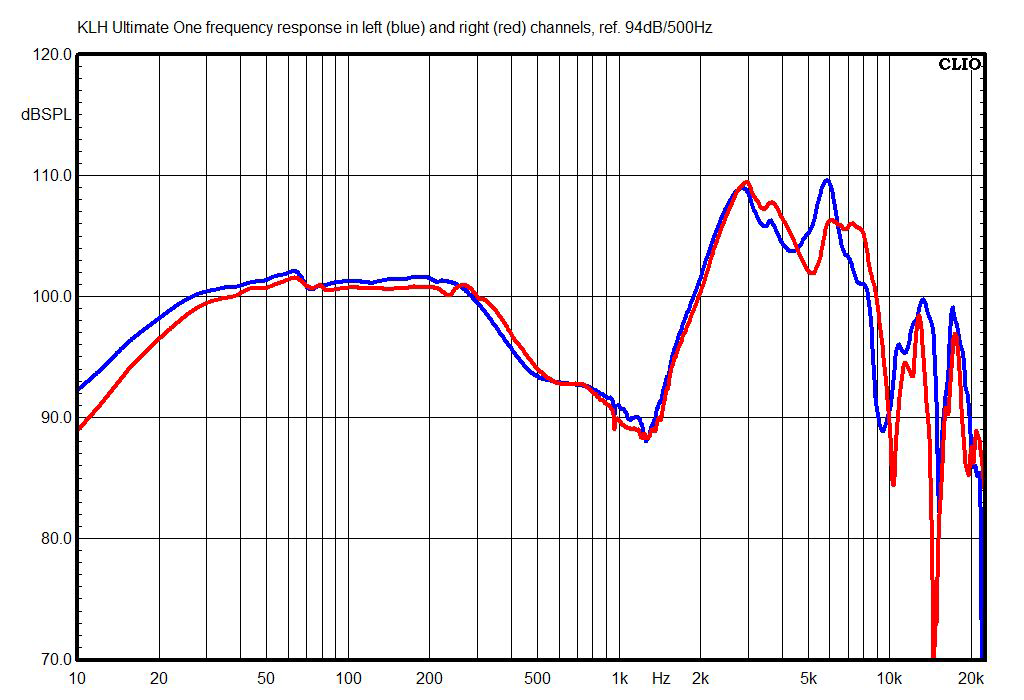 The above chart shows the Ultimate Ones’ frequency response. This looks typical except for the pronounced dip between 300Hz and 2kHz. Note the roughly three-octave-wide bump in the bass response. Because the bump is so wide, it will tend to make the bass sound moderately elevated in level rather than boomy. 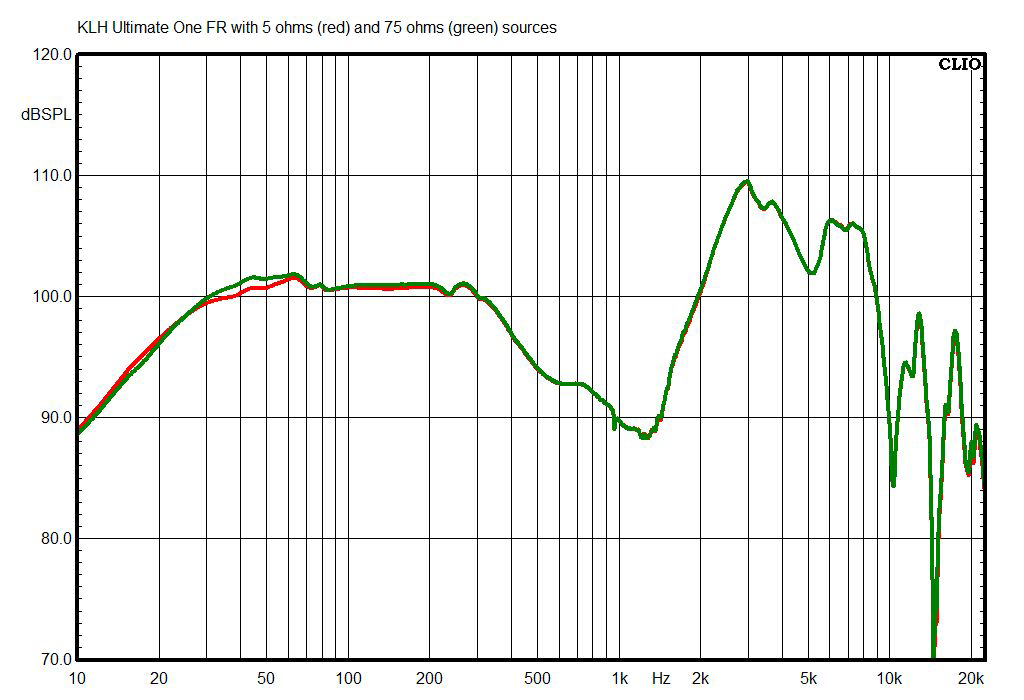 This chart shows how the Ultimate Ones’ tonal balance changes when they’re used with a high-impedance (75 ohms) source, such as a cheap laptop or some cheap professional headphone amps. There’s barely any difference, just a roughly 1dB bass boost between 30 and 60Hz with the high-impedance source. 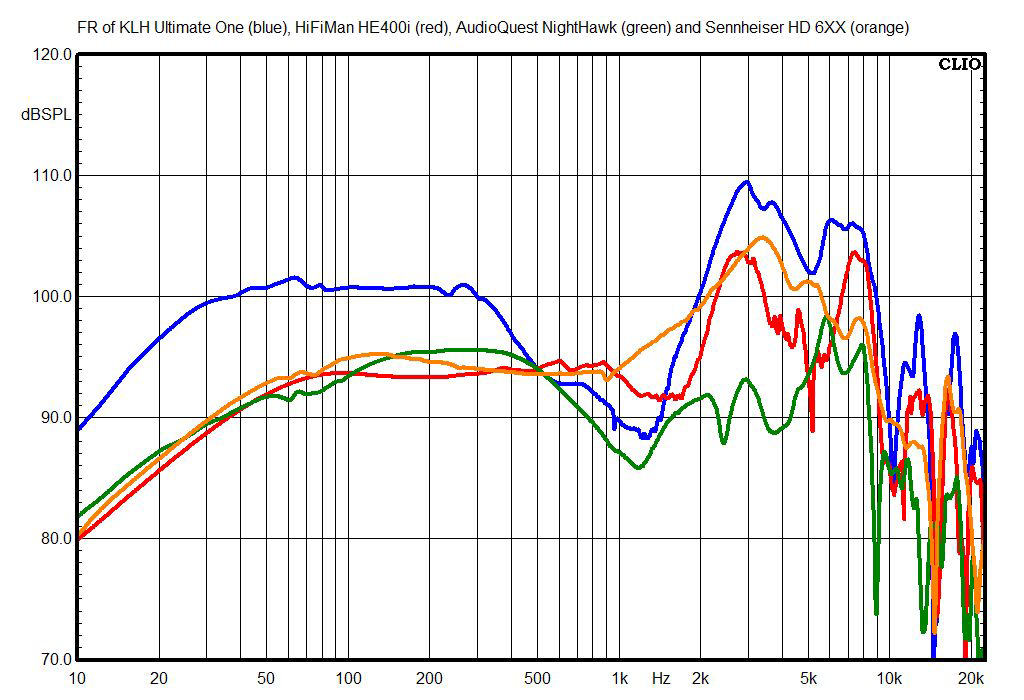 This chart shows the Ultimate Ones’ right-channel response compared with a few other headphones in the same price range (AudioQuest NightHawk, HiFiMan HE400i, and Sennheiser Massdrop HD 6XX). Note that these are all referenced to 94dB at 500Hz. Obviously, the Ultimate Ones’ deep midrange dip will make them sound quite a bit different than the other models shown here. 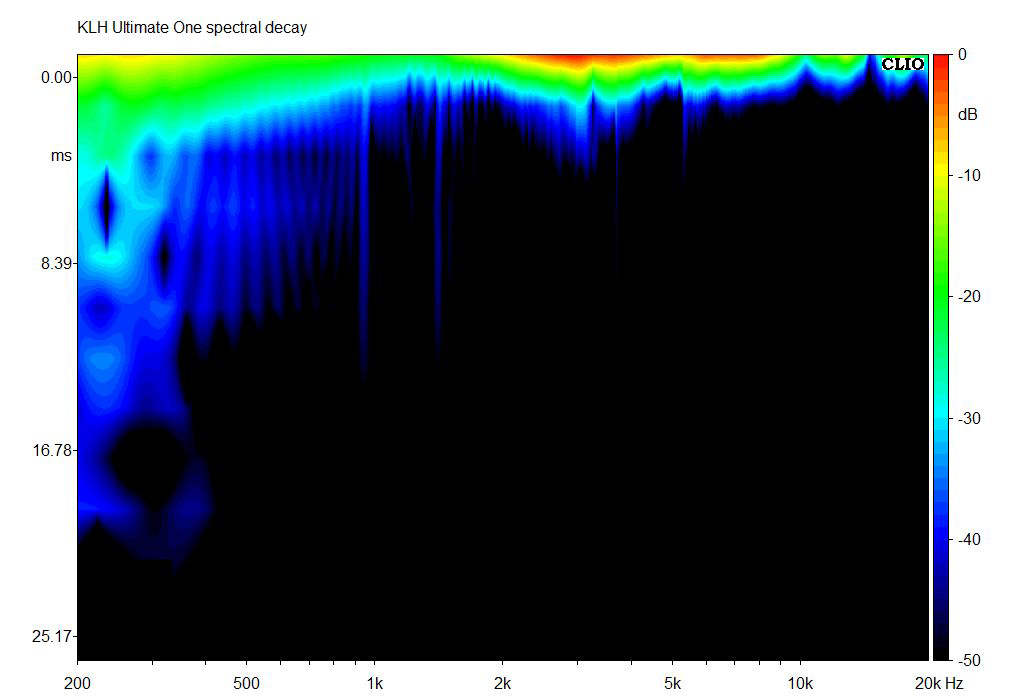 The spectral decay (waterfall) chart shows a little more resonance in the bass than I’m used to seeing, but it’s at -20dB right from the start and falls below -40dB after 8ms, or about one-and-a-half cycles at 200Hz, so I would be very surprised if it’s audible. 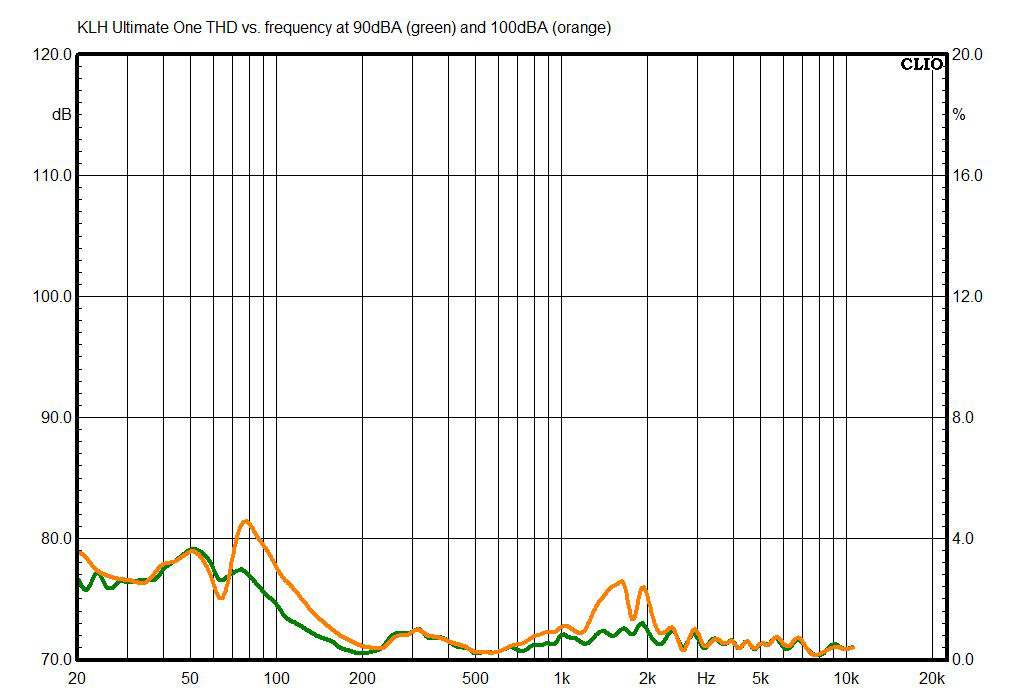 At the loud listening level of 90dBA (measured with pink noise), the Ultimate Ones’ measured total harmonic distortion (THD) is a little high below 100Hz. The bass distortion doesn’t rise much at the extremely loud level of 100dB, but there’s a little more distortion between 1.3 and 2.2kHz. 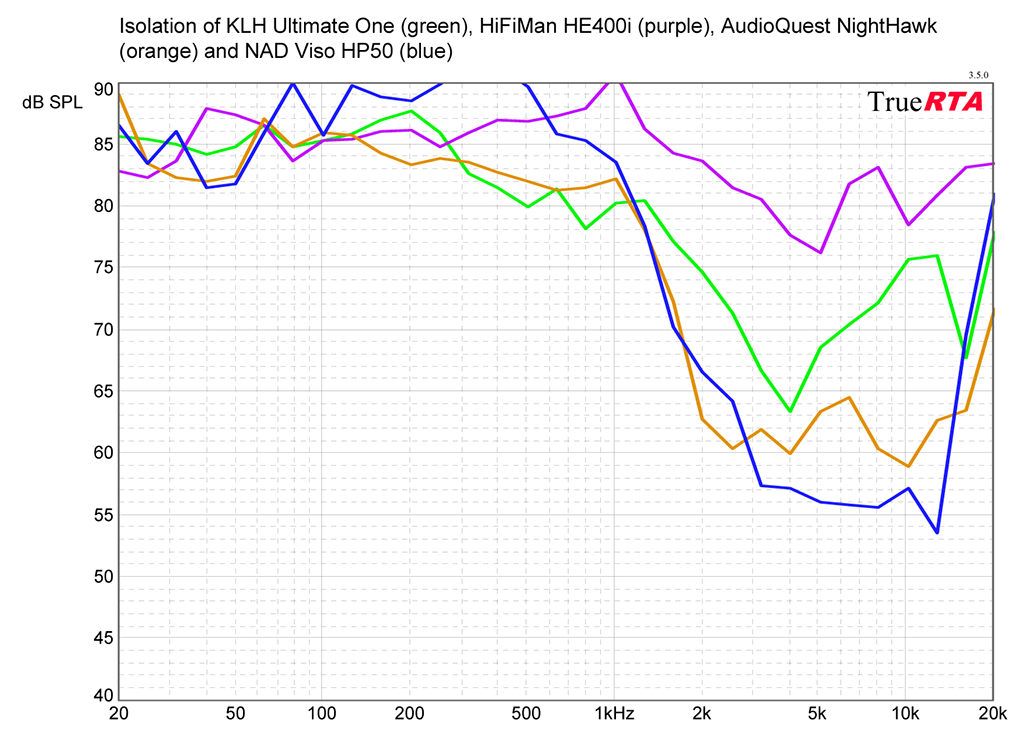 In this chart, the external noise level is 85dB SPL, and numbers below that indicate the degree of attenuation of outside sounds. I’d classify the Ultimate Ones as semi-open-back, as they offer more isolation than fully open headphones such as the HiFiMan HE400i’s, but less isolation than a typical closed-back model such as the NAD Viso HP50. 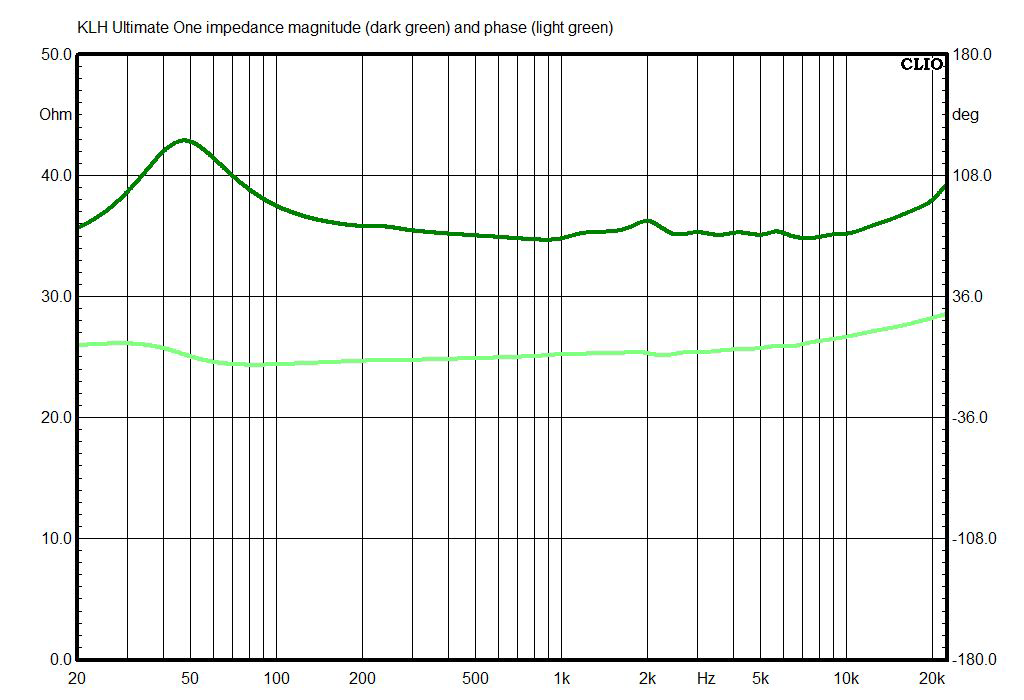 The impedance magnitude of the Ultimate Ones averages about 37 ohms and doesn’t vary much from that, and the impedance phase is also flat.

Sensitivity of the Ultimate Ones, measured between 300Hz and 3kHz, using a 1mW signal calculated for 35 ohms rated impedance, is 97.0dB. So they’ll probably play loud enough from most smartphones, although you might not be able to get them really cranking.