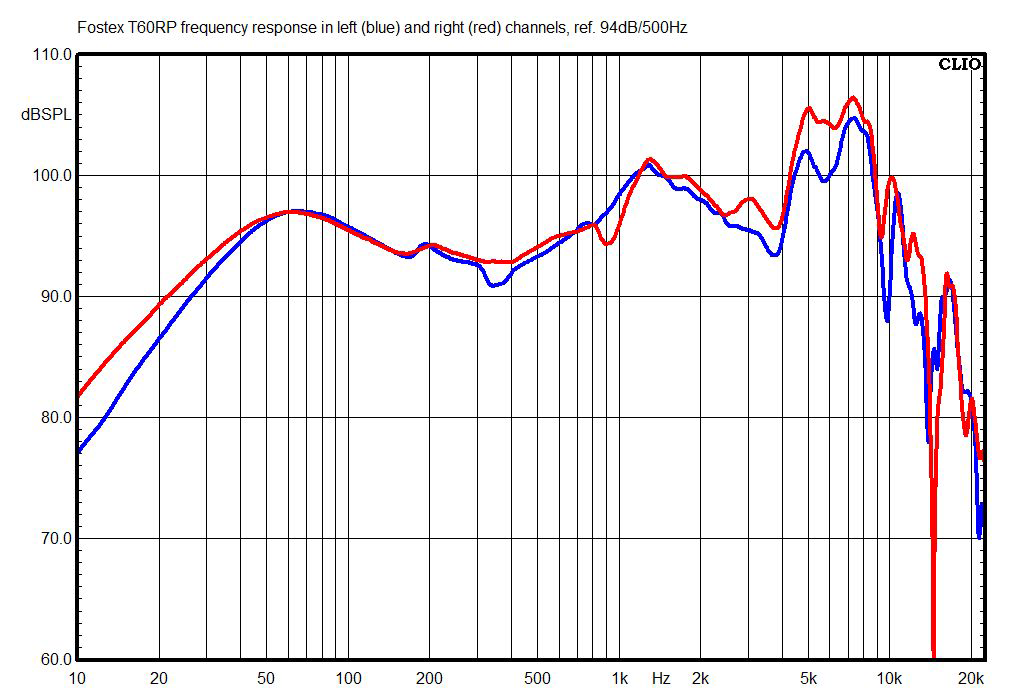 The above chart shows the T60RPs’ frequency response. This is a fairly typical measurement, except that the T60RPs show a response peak at 1.3kHz and a dip between 2 and 4kHz, while most good-sounding headphones show a dip around 1.3kHz and a peak around 3kHz. 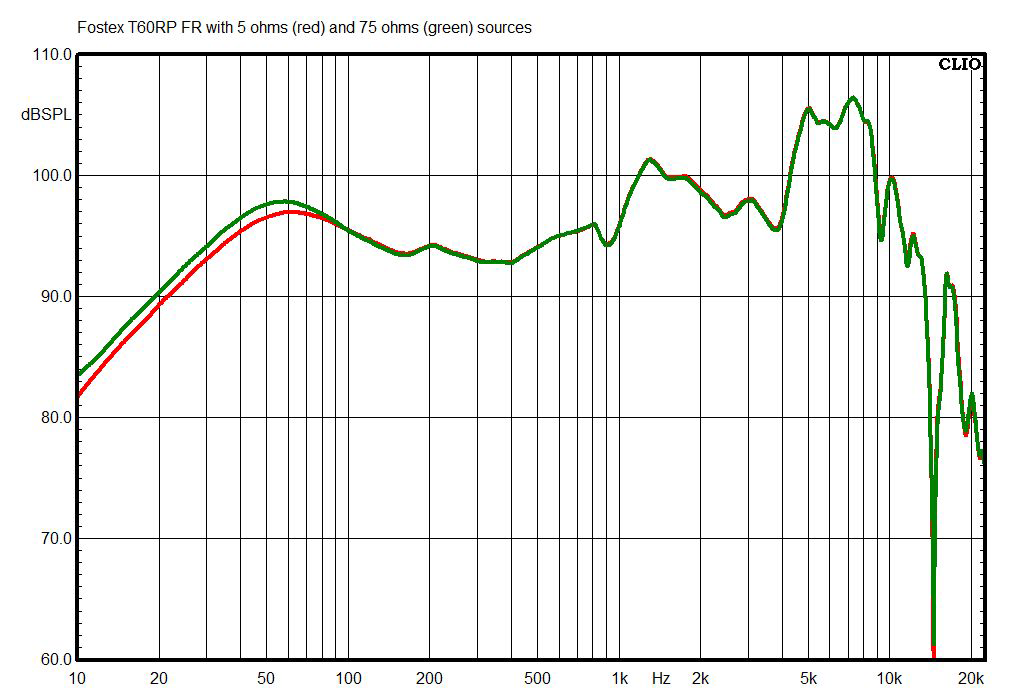 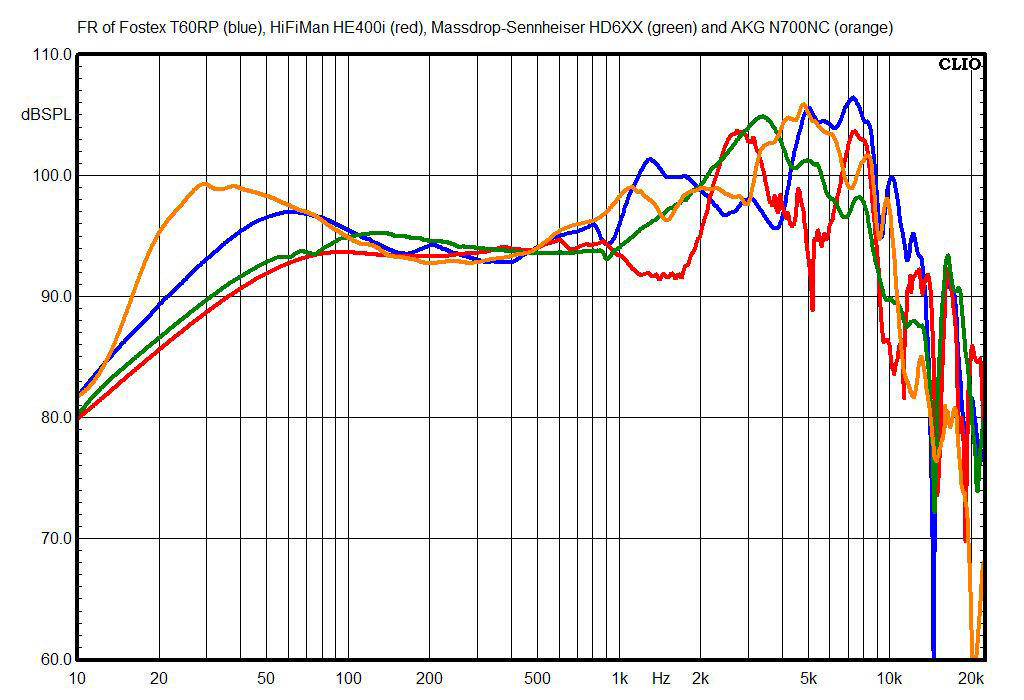 This chart shows the T60RPs’ right-channel response compared with two moderately priced open-back models (the HiFiMan HE400i’s and the Massdrop-Sennheiser HD6XXes), as well as the AKG N700NCs, a new closed-back model said to deliver response very close to the “Harman curve,” shown in research by Harman International to be the preferred over-ear headphone response for most listeners. Besides the peak at 1.3kHz instead of 3kHz, the T60RPs have a little more bass than the open-back models, and less than the AKGs. 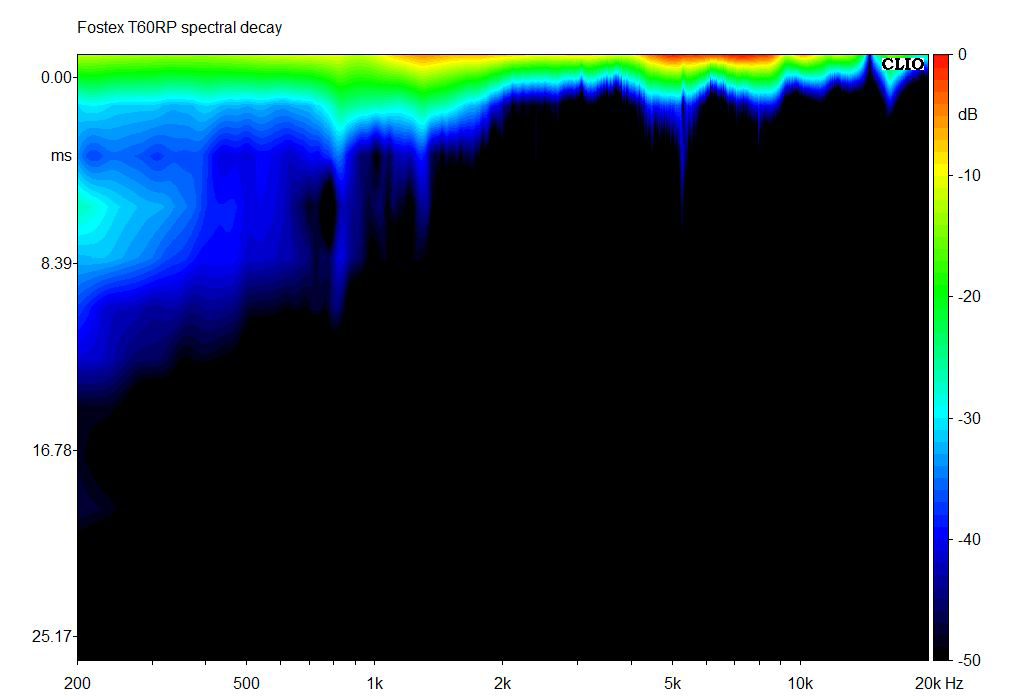 The T60RPs’ spectral decay (waterfall) chart shows a little bit of resonance in the bass, but overall it’s pretty clean, and doesn’t have the hash we often see with planar-magnetic headphones between 2 and 5kHz. 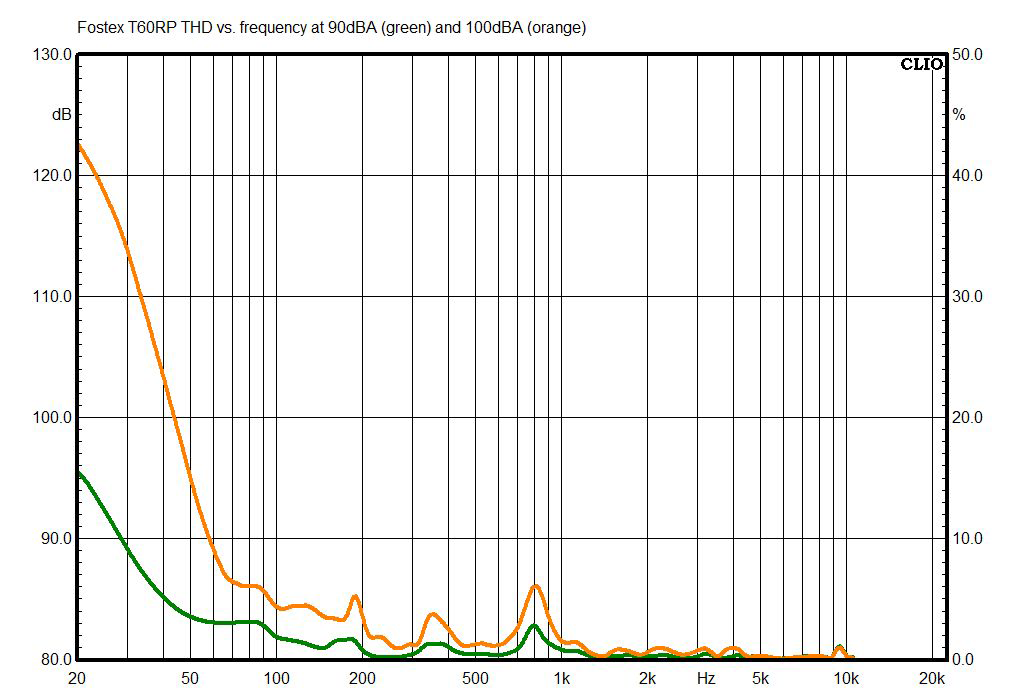 Measured total harmonic distortion (THD) of the T60RPs is pretty high in the bass (note that I’ve expanded my scale from the usual 20% max to 50% max in order to show the result at 100dBA). I repeated this measurement with a different amp on a different day just to check it, but the result was comparable. 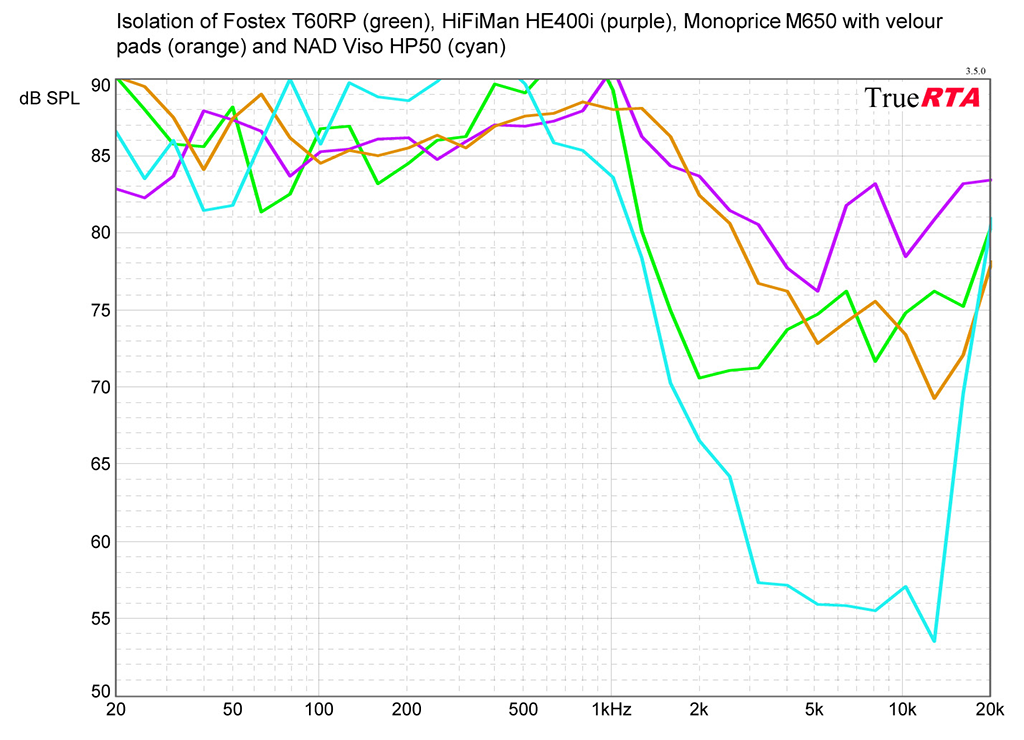 In this chart, the external noise level is 85dB SPL, and numbers below that indicate the degree of attenuation of outside sounds. You can see that the semi-open-back T60RPs’ isolation is better than that of the open-back HiFiMan HE400i and Monoprice M650 headphones, but not as good as closed-back headphones such as the NAD Viso HP50s can provide. 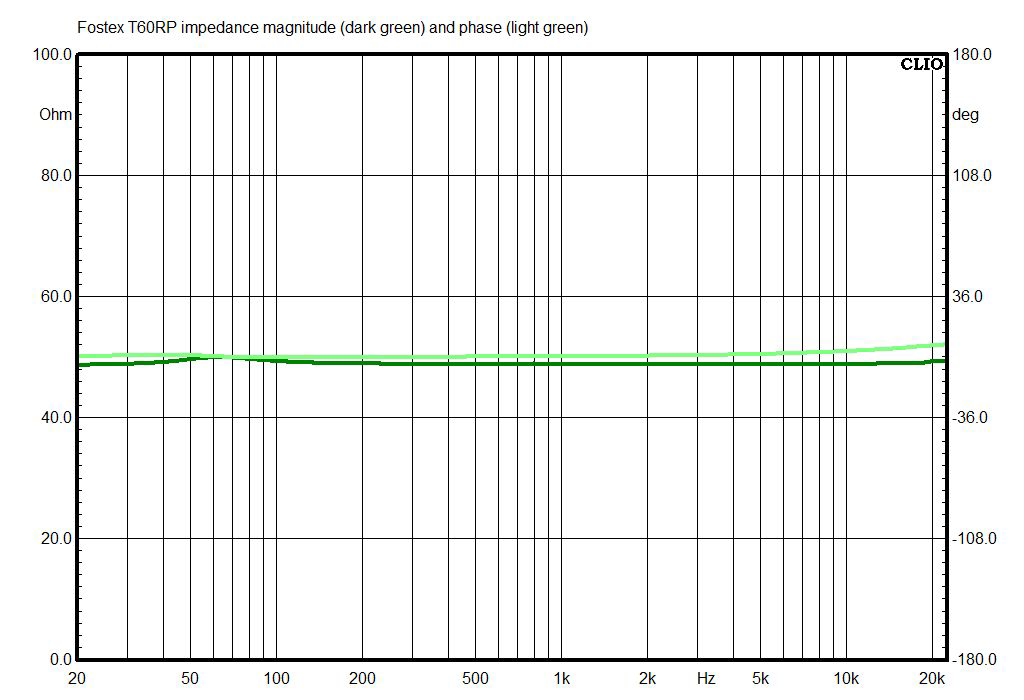 As expected from planar-magnetic headphones, the T60RPs are just about dead-flat in impedance magnitude at 49 ohms, with only a slight bump in the curve at 65Hz. The impedance phase is essentially flat, too.

Sensitivity of the T60RPs, measured between 300Hz and 3kHz, using a 1mW signal calculated for 50 ohms rated impedance, is 90.8dB, slightly lower than the rated 92dB. This is low enough that you’ll want to use a high-quality portable music player or amplifier; you could probably use the T60RPs with a smartphone or computer in a pinch, but they won’t sound very loud.