I measured the Anandas using a G.R.A.S. Model 43AG ear/cheek simulator/RA0402 ear simulator, a Clio 10 FW audio analyzer, a laptop computer running TrueRTA software with an M-Audio MobilePre USB audio interface, and a Musical Fidelity V-CAN amp, with an Audio-gd NFB-1AMP used for distortion measurements. On the Model 43AG, I used the new KB5000 and KB5001 anthropomorphic simulated pinnae for most measurements, and the original KB0065 pinna for certain other measurements as noted. These are “flat” measurements; no diffuse-field or free-field compensation curve was employed. 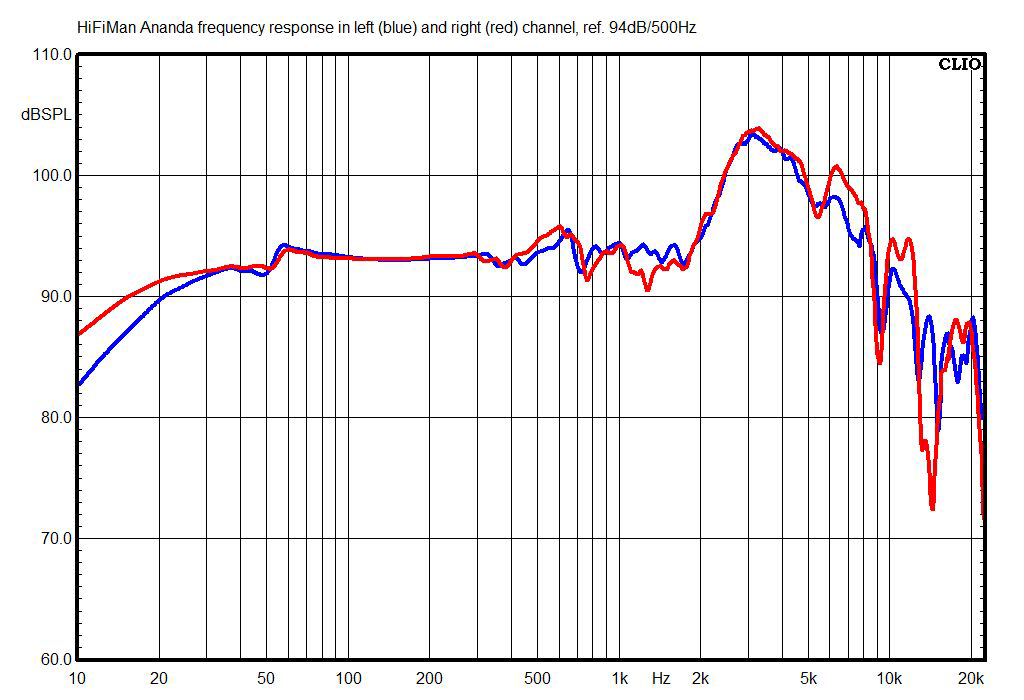 The above chart shows the Anandas’ frequency response measured with the new KB5000 and KB5001 anthropomorphic simulated pinnae. This is a fairly typical response for large, open-back planar-magnetic headphones. While the response is flatter than I measure in most headphones, this doesn’t necessarily translate to a flat perceived response. 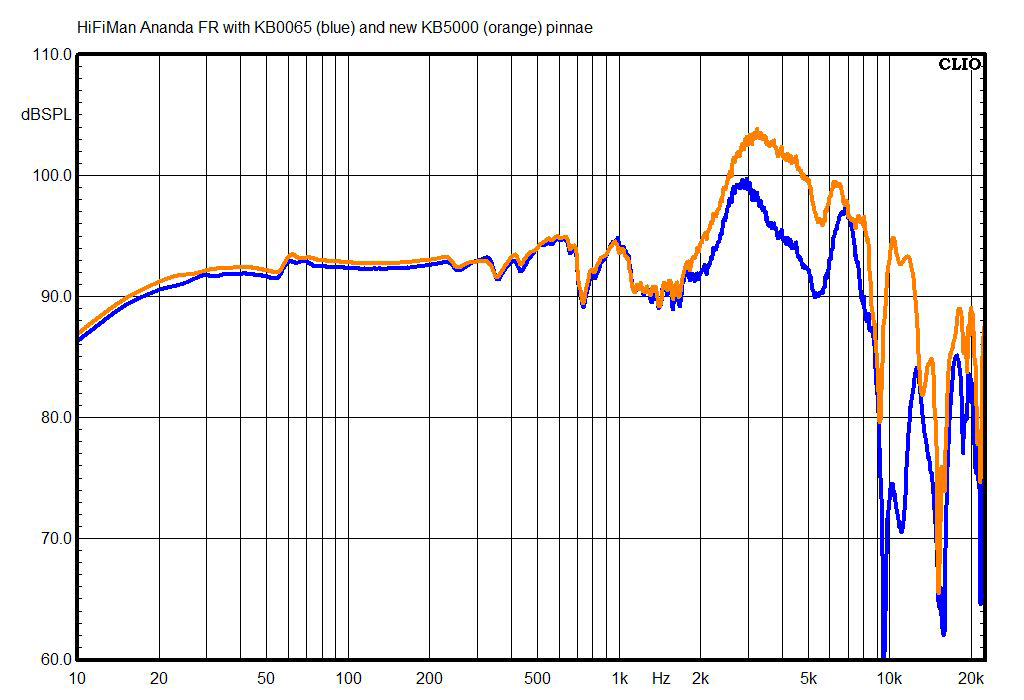 This chart shows the Anandas’ right-channel frequency response measured with the old KB0065 pinna (which I’ve used for years) and the new KB5000 pinna, which I recently switched to because it more accurately reflects the structure and pliability of the human ear. This is just for sake of comparison with older measurements of mine. 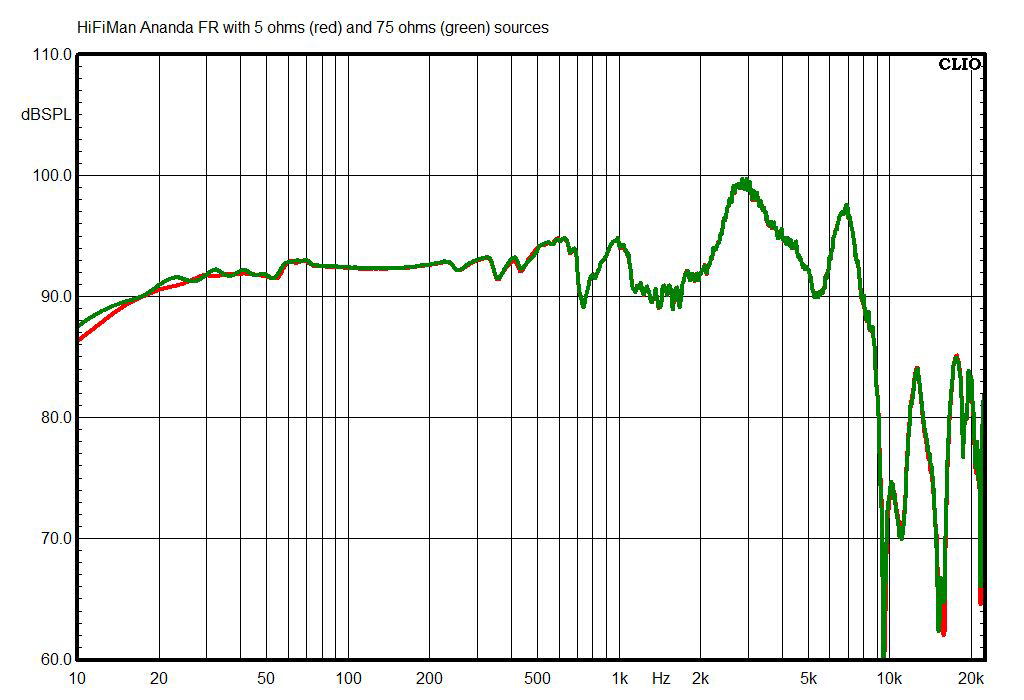 Here you can see how the Anandas’ tonal balance changes when they’re used with a high-impedance source, such as a cheap laptop or some cheap professional headphone amps. As with all the planar-magnetic headphones I can remember measuring, the output impedance of the source device has no audible effect on the tonal balance of the headphones. This chart shows the Anandas’ right-channel response compared with two other high-end closed-back headphones (the Acoustic Research AR-H1s and Audeze LCD-Xes), as well as the Sony MDR-7506es, a standard fixture in audio production work that generally conform to the “Harman curve,” shown in research by Harman International to be the preferred over-ear headphone response for most listeners. These measurements use the older KB0065 pinna, because that’s the only measurement I have for the LCD-Xes. Clearly, the Anandas’ response is flatter than average, but in this measurement, that suggests that the sound may be somewhat midrange-focused. 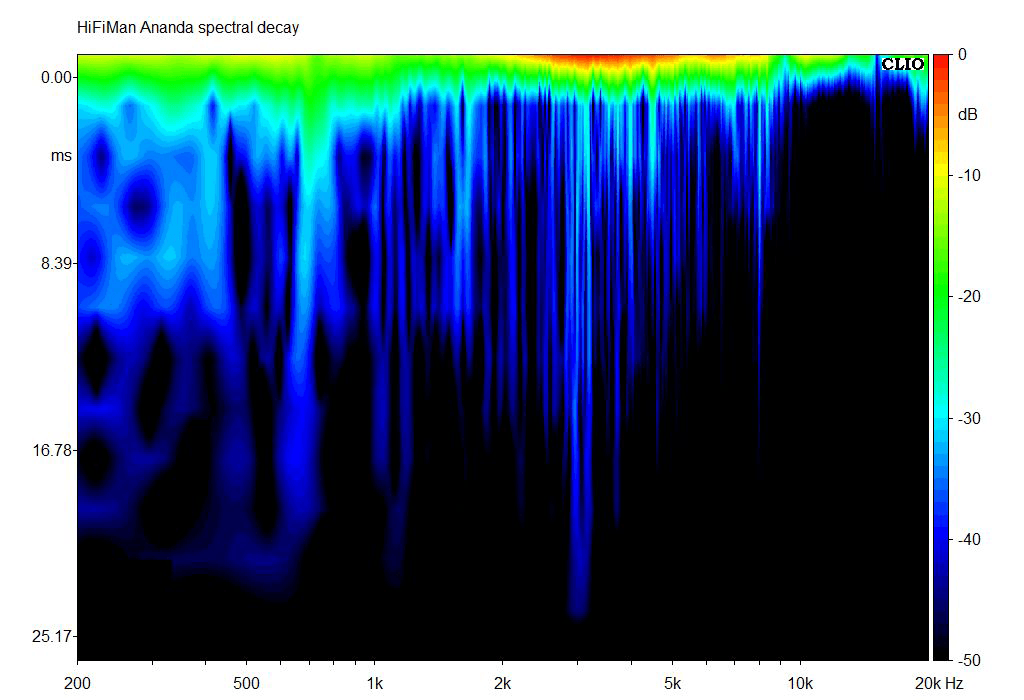 The Anandas’ spectral decay (waterfall) chart shows the very-low-level midrange hash I often see with open-back planar-magnetic headphones, but after about 3 milliseconds, most of it’s down to -40dB, so I don’t see this as a problem -- especially since I generally like the sound of this headphone type. The bass resonance is nearly non-existent. 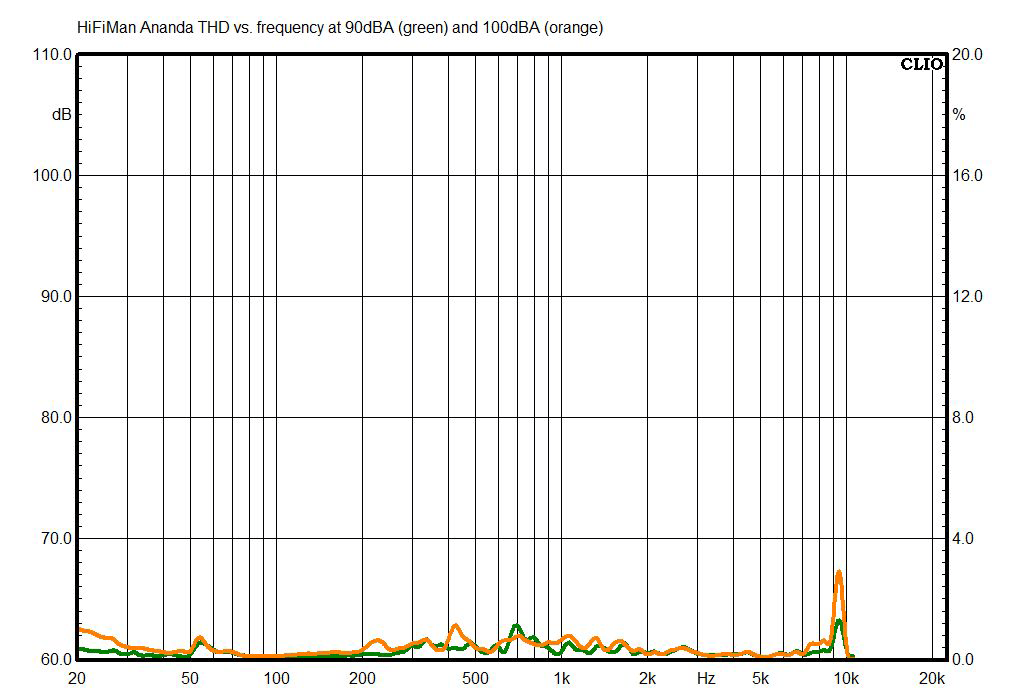 As usual with planar-magnetic headphones, the measured total harmonic distortion (THD) of the Anandas is almost non-existent even at very loud levels. Note that I’ve increased the resolution of this chart by reducing the range from 50% THD to 20%, which makes the Anandas’ distortion look higher relative to previous charts I’ve published. I initially chose 50% as my range many years ago, when I was measuring a lot of cheap, mass-market headphones, but few of the headphones I review now exceed 10% distortion. 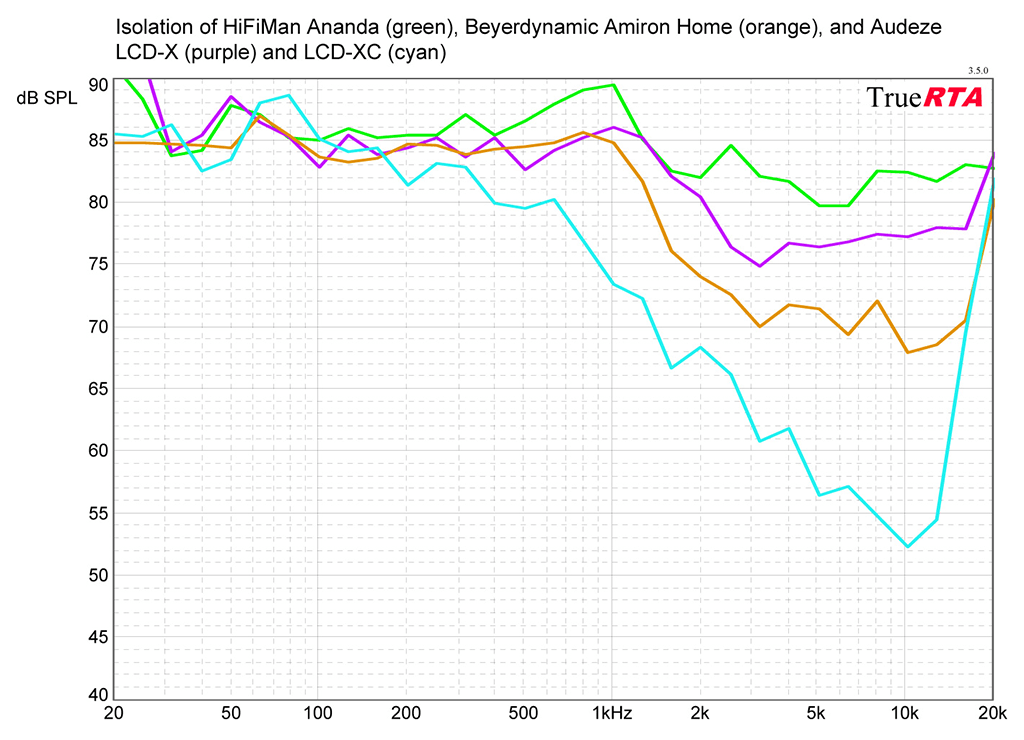 In this chart, the external noise level is 85dB SPL, and numbers below that indicate the degree of attenuation of outside sounds. The Anandas’ isolation is near zero, although for open-back headphones that may be a good thing, because it shows that the grille behind the driver offers very low acoustical impedance. 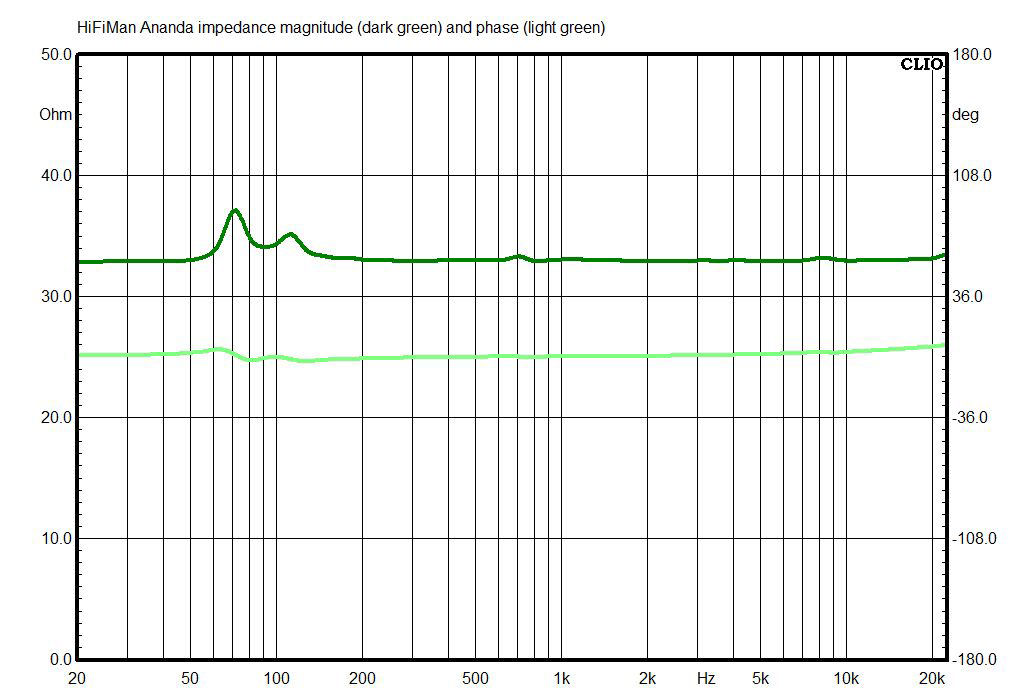 The Anandas’ impedance response is not quite as dead-flat as I’m used to seeing with open-back planar-magnetics; there are little bumps at 70 and 120Hz. However, these are far too small to affect the headphones’ performance. Electrical phase is almost perfectly flat.

Sensitivity of the Anandas, measured between 300Hz and 3kHz using a 1mW signal calculated for 25 ohms impedance, is 92.5dB. Although it should deliver a useable volume with most source devices, it won’t achieve natural dynamics and volume unless it’s used with a high-quality portable music player or an external amp.